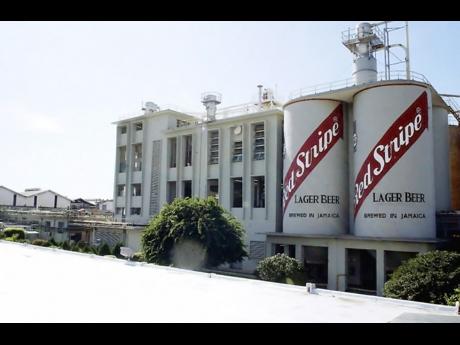 The offer circular posted on the Jamaica Stock Exchange indicates that shareholders have until December 22 to sell their shares to the beer company, but the offer circular provides for an extension of the date.

It also says there are no current plans for job cuts at Red Stripe inside Jamaica.

Heineken gained majority control of D&G, which trades as Red Stripe Jamaica, in a deal with Diageo Plc which grew its stake in the Jamaican brewery to 73.32 per cent or just about 2.06 billion shares.

The mandatory offer is priced at US$0.259 per share payable in cash and net of all fees and JSE cess.

Heineken expects to pay out a maximum of US$194 million under the offer.

The price represents a 341 per cent premium on the October 6 closing price of D&G shares of $7, Heineken said.

The lead broker of the offer is NCB Capital Markets Limited.

Heineken plans to delist D&G but needs to get at least a seven per cent take-up of its offer in order to hit the required threshold above 80 per cent of the share equity.

If take-up of the offer gives it 90 per cent ownership, the company plans to force all remaining shareholders to sell under the compulsory acquisition rules of the Companies Act.

As new owners of the Jamaican brewery, Heineken has already placed its nominees on Red Stripe's board, and will be replacing managing director Cedric Blair with a staff member from the Heineken Group. Blair is transitioning to a regional job with Diageo.

The international beer company is further expected to telegraph its plans and programmes for Red Stripe at the local beer company's upcoming annual general meeting in Kingston on Friday, November 13.