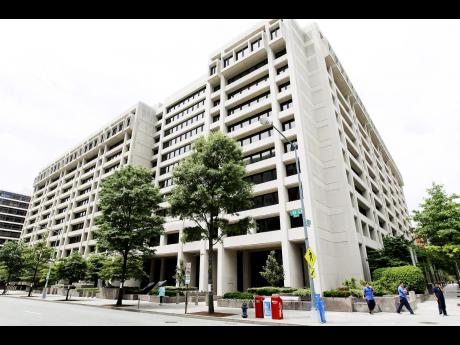 Despite pronouncements about the positive fiscal and monetary indicators which have led to improvements in the economy over the past two years, the Government is not seen to be doing enough to relay the importance of Jamaica's economic support programme under the International Monetary Fund (IMF) to the people.

At the same time, co-chairman of the Economic Programme Oversight Committee (EPOC), Richard Byles does not believe that a majority of Jamaicans understand exactly how the programme has impacted the key performance indicators and hence is benefiting them.

"If you even ask me, is the Government doing everything possible to drive growth and to make people feel they really are stretching to achieve the growth, I would say no. There are things that they could do to make people feel more confident and to engender more growth," he added.

no 'economy on' switch

Addressing a press conference in New Kingston last week, the EPOC co-chairman, asked whether he felt a majority of Jamaicans understand exactly what is happening under the IMF programme, can appreciate what is happening and why, said:

However, he added that "unfortunately for us, you can't turn the switch on and off in an economy, especially one like us that is burdened by the debt we have".

He emphasised that more Jamaicans appreciate that, given the high public debt, it is not easy to change things around. At the same time, they also make a judgement as to whether they see the Government doing everything it can to drive growth.

"Are we making the right decisions? Are we doing it swiftly? Are we avoiding doing silly things? Those things also impact on how Jamaicans evaluate the programme," Byles said. "Whether they are more patient or less patient in part depends on whether they think the Government is executing as best they can the measures to make the economy grow."

Nevertheless, he was confident that having examined the economic data, the Jamaican economy is in better health today than it was before. "That is what we need to appreciate with the Jamaican economy," Byles said. "You have to look at the facts, not verandah talk, not chit-chat, not hearsay, (but) facts that come out of the State's statistical organisation."

In its September 2015 country report on Jamaica, the IMF staff echoed what many Jamaicans believe, that better growth outturns are critical for job creation, improving living standards and reducing poverty, as well as maintaining social support for the reform trajectory the Government has pursued.

The staff noted that programme implementation was exemplary, but growth remained sluggish. Market confidence in Jamaica's outlook has improved, inflation is at a historical low, unemployment has declined, the external balance is rapidly improving, and the commitment to fiscal restraint as well as the recent debt buy-back operation with Venezuela have reduced public debt.

Economic growth, however, remained insufficient, partly due to another year of drought hurting agriculture, the report said.