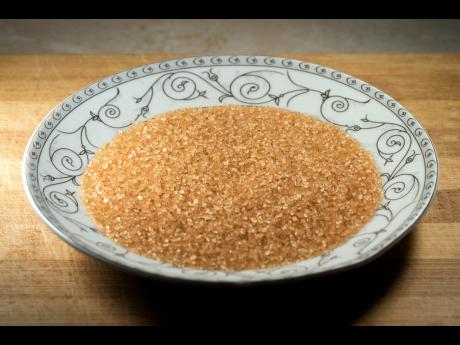 Jamaica is working on standards for the labelling and packaging of sugar for retail distribution, a project that agriculture officials say will reshape how the market operates.

Fundamentally, the new standards will reform the bulk packaging system now in play and, as the Ministry of Agriculture is touting, potentially lead to product diversification.

The ministry's permanent secretary, Donovan Stanberry, says the new standards have been drafted and are bound for Cabinet review. The standards are being developed in conjunction with Bureau of Standards Jamaica (BSJ), and includes all types of retail sugar.

The primary reason for the reform is consumer safety, he said.

"What the new packaging standards will ensure is that all sugar in the retail trade, whether refined or locally produced raw sugar, is really subject to proper food health and safety standards," said Stanberry.

"What obtains now is that persons buy in bulk and parcel out or package it in the back of a supermarket, and we don't know under what kind of conditions."

The programme is expected to do away with the back-room bagging operations at retail stores.

The standards will broadly conform to other labelling guidelines long developed by BSJ for businesses to follow. The labels will go as far as identifying the precise factory or estate that manufactures the sugar, and will identify both the processor and distributor, as well as incorporate nutritional information about the product.

"The Government is going to further create the environment for diversification by mandating by law that all sugar in the retail trade in Jamaica be subject to the new standards of labelling and packaging. Not only will this enhance our food supply as a nation, but it will create a new industry," Kellier said.

Stanberry expounded on Kellier's comment on Wednesday, saying: "This creates a new industry because packaging is still value-added".

So far, there are only two players known to be distributing locally packaged sugar - Jamaica Cane Product Sales (JCPS), whose co-packing partner is Caribbean Depot Limited; and new entrant DK Processors Jamaica Limited, whose co-packer is unknown. Golden Grove, Sugar Company plans to launch its brand in 2016 and it is expected that large supermarkets may enter the market eventually with their own store brands.

Stanberry further indicated that labelling, in itself, would essentially become a policing tool, especially for refined sugar, which is an imported commodity with a two-tiered tariff structure. The duty-free sugar that is meant to be a raw material input has been leaking into the retail sector, robbing the State of revenue.

"Imported refined sugar can undermine local sugar production. We know that there has been a long-standing practice of duty evasion on imported sugar for the manufacturing sector, which is zero-rated," said the permanent secretary.

"It will better enable us to monitor and regulate the matter of leakage because if everything is subject to packaging standards, then it will be more difficult to divert duty-free sugar into the retail trade," he said.

Manufacturers have so far blocked Kellier's initially proposed answer to the problem, which was to recentralise the refined imports and distribution under state agency Sugar Industry Authority.

"This is a matter that many of us have been trying to get the sugar industry itself, and the region, to work towards. When you put the sugar on the shelf for the consumer to pick it up, it should be sugar that is branded, made by a reputable or approved institution with the necessary information for traceability, so that if anything were to go wrong you would know exactly where to turn to," he said.

It's likely that as sugar continues to move upmarket, the price will rise. That is already evident in the price differentials of bulk brown sugar and branded sugar on the shelves of a large Kingston supermarket, which were selling, respectively, for $138/kg and $178/kg.

James says increased cost to consumers is a small price to pay for safety.

"It's a bit more, but not that much more. We can see this as insurance for your health," he said. "You can't go anywhere in the United States and buy sugar like that; it's all packaged nicely."

Stanberry feels the authorities will have market support for the programme, saying the standards to be imposed are at the heart of what consumers look for when making a purchase.