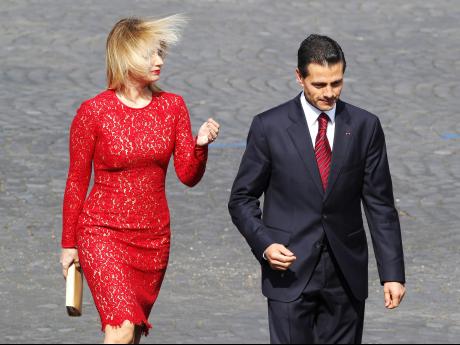 The Mexican economy shines like a bright star in the Latin American firmament. Its strength is the result of hard work, not marketing hype.

For a decade, it remained out of the regional spotlight while much of South America basked in the glow of rising commodity prices and the ascendancy of the Chinese economy.

The Mexican story did not fit nicely into the BRIC marketing campaign, given that it was much more of a manufacturing story. At the same time, Mexico interacts very little with China.

Commodities are less than 15 per cent of exports, with oil representing two-thirds of the total. Most of its trade is with the United States.

Only two per cent of Mexican embarkations are destined for China. This was the reason the Mexican economy languished during the last seven years. The backlash from the US financial crisis led to a deterioration of the external accounts and a GDP growth rate that was well below the regional average.

Yet, a closer look at the numbers shows that the country did many things right. For example, it did not mimic the consumer credit binge that became emblematic of South America.

A lighter credit load on Mexican households means that they will suffer less as the capital inflows to the emerging markets begin to ebb. This reality is already reflected in the Mexican banking data, which is showing a reduction in non-performing loans (NPLs). At the same time, NPLs are on the rise across the rest of the region.

Last of all, the large devaluation of the peso in 2015 resulted in a marked increase in Mexican exports. The result of these factors has been the creation of a robust and resilient economy.

Indeed, Mexico is well on its way to becoming the largest economy in Latin America. Only at the start of this year, the Brazilian economy was 50 per cent larger than Mexico. Today, the gap has been reduced to 12 per cent.

However, not everything is rosy. The country faces two major challenges. The first is political. A series of scandals have marred President Enrique PeÒa Nieto's administration. The president's approval rating reached a historical low of 35 per cent in September.

The chief executive has tried to put his problems behind him, covering up the so-called White House scandal with a sham investigation. He then mobilised the country's first responders and rescue resources when Hurricane Patricia threatened the Pacific Coast. Fortunately, there were no casualties and the damage was limited.

Still, the general disgust with the political system is creating an opportunity for new players to enter the scene. The principal actor is AndrÈs Manuel LÛpez Obrador (AMLO), the former mayor of Mexico City. He broke away from the PRD prior to the 2012 presidential elections and created a new political party, Movimiento RegeneraciÛn Nacional (Morena). During the midterm elections, the party secured eight per cent of the vote. In a national survey last month, it was ranked the third-largest party in Mexico. This moved the PRD into fourth place.

AMLO is now within striking distance of securing the presidency in 2018. That is why the PRI is starting to move some of its younger stars into the forefront. One of them is JosÈ Antonio Meade, who was placed in the high-profile cabinet position of social development. This was the same seat that former presidential candidate Luis Donaldo Colosio occupied before he was gunned down in November 1993.

The oil sector is Mexico's other weak flank. Pemex's oil production dropped 5.4 per cent y/y during the third quarter to 2.3 million barrels per day. Export sales plunged 51 per cent y/y, due to the collapse in oil prices and the decline in output.

The Mexican government is desperate for funds, thus keeping dividends high. As a result, the company's loss jumped 180 per cent y/y to almost US$10 billion during

an act of desperation, the company began selling off assets. Unfortunately, the implementation of the oil reforms is moving at snail's pace, and the deep-water blocks will not be auctioned off until next year.

Oil represents a third of the government's revenues and the decline in price and production will put greater strain on the fiscal accounts. The government projects a budget shortfall of 3.5 per cent of GDP, but it could be closer to four per cent of GDP.

Yet, these problems are small in comparison to the woes that are plaguing the neighbours to the south. Mexico's external sector remains strong, employment is booming and households are lightly levered.