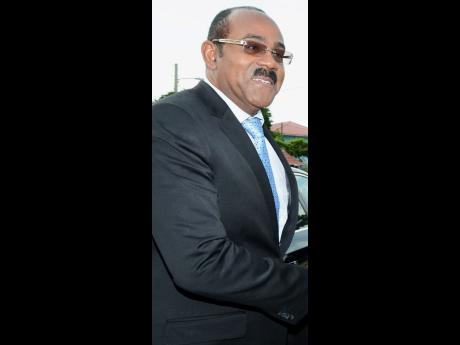 The Antigua and Barbuda government says it is actively considering barring Syrian nationals from its Citizenship by Investment Programme (CIP), while denouncing last Friday's terrorist attacks in Paris that killed 129 people.

"I would admit that there is a growing concern in terms of the level of terrorism there and we want to make sure, too, that we have very secure borders; and clearly, it is not only about securing our national security interest but those of our neighbours, so consideration is being given to exclude Syrians citizens from the programme," said Prime Minister Gaston Browne.

Browne said the issue was first considered during the last review in December 2014 when the government took the decision that it would instruct the CIP unit to deny citizens from Afghanistan, Iraq, North Korea, Somalia, Yemen and Iran to acquire local citizenship.

"It is important for the nation to note we have not processed a single application from the countries so listed and that the list that was presented in June of this year would have been applications that were processed prior," said the PM on local radio.

"So any notion that we are processing applications from residents from North Korea, Somalia, Afghanistan, and even Iraq and Iran without them ... being permanent residents of the United Kingdom, United States and Canada. That is not so, that is a policy my government introduced."

Browne said Antigua and Barbuda has the "best regulated CIP programme" in the Caribbean and wants to keep it that way.

"It is part of our national security strategy and we will continue to monitor global affairs," he said. "Where countries are sponsor of state terrorism ... then clearly, we will review the list."

"The people and government of Antigua and Barbuda also deplore this vile act of terrorism and condemn ISIS strongly and unequivocally. Terrorism is a scourge upon our common humanity," he said.