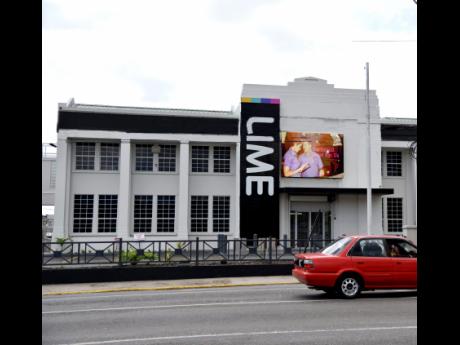 Norman Grindley
The LIME offices on Half-Way Tree Road in Kingston, now rebranded FLOW, as seen in March 2014. CWC's operations in Jamaica and across the region are being acquired by Liberty Global.

Liberty Global's buyout offer for Cable and Wireless Communications (CWC) represents a 40 per cent premium on CWC's share price on the day the deal was first announced in October.

But Columbus International co-founders John Risley and Brendan Paddick have agreed to take a big discount on the purchase price on a bet that operations in Latin America and the Caribbean, where they have been focused since they started their telecoms nine years ago, will outperform Europe, where the bulk of Liberty's business currently resides.

The deal, which is currently on the table, has a few options for shareholders to choose from: either strictly take Liberty Global stock in exchange for CWC shares or receive a mix of shares in Liberty Global and LiLAC, a tracking stock that allow investors to take a direct position in Liberty's businesses in Latin America and the Caribbean.

CWC directors plan to urge shareholders to take the first option, which instantly gives them a 50 per cent premium on the share price on October 21, when talks between the two telecoms were publicly disclosed. The recommended offer also excludes shares in LiLAC, although shareholders can vote to take a mix of those shares if they so choose.

For Risley and Paddick, who collectively own 23 per cent of CWC, they are looking to exchange almost a third of the value of their shares for LiLAC stock.

"Clearwater (John Risley) and Brendan Paddick have determined that, in light of their own personal circumstances and investment objectives, LiLAC class A Ordinary Shares and LiLAC class C Ordinary Shares are suitable investments for them and so have undertaken to elect to receive the second dual-share alternative," said the announcement of the acquisition.

However, the US$1-billion value of their stock, based on the current share prices of Liberty and LiLAC, represents a 19 per cent discount on the recommended offer which CWC directors are pushing for. This was because Risley and Paddick also bet on Liberty's share price rising above US$44.50 a share and reaching $46.65. On Tuesday, Liberty's class A shares fell below US$44.10 and its class C shares traded around US$42.64.

John Malone, who chairs Liberty Global and owns a 12 per cent stake in CWC, chose the first dual-share option. But his deal fixed the number of Liberty shares he would take, thus the discount he is taking is just six per cent below the recommended offer, based on current share prices.

On the other hand, the prices on LiLAC shares have been rising since the deal was first announced. Since October 21, the price of LiLAC class A shares rose by over 12 per cent and LiLAC class C shares climbed by 10 per cent. Liberty's class A and class C shares saw a more than two per cent reduction in share price over the last month.

Additionally, following the completion of the transaction, Liberty expects to attribute CWC to the LiLAC Group, which means that CWC's performance will directly be reflected in the performance of LiLAC, and likely more directly influence LiLAC's share price.

LiLAC, which has 3.5 million subscribers in video, broadband Internet and telephony services - 134,000 of which are mobile voice and data - in Chile and Puerto Rico, saw flat revenue growth over year-earlier levels during the nine months to September 30 when it generated US$900 million in sales.

Liberty's European division also saw flat revenue performance (US$12.7 billion for the nine months to September 30), but that largely reflected its acquisition of Dutch cable operator Ziggo, which offset declines in all of its other European markets.

Similarly, LiLAC's acquisition of Choice in Puerto Rico offset a fall off in revenue in Chile.

But Liberty's Latin American and Caribbean businesses saw operating income climbed by five per cent during the nine-month period, compared with 1.4 per cent growth registered in Europe.

The combination of CWC with LiLAC "would have generated estimated consolidated revenue of over US$3.5 billion and estimated consolidated operating cash flow (OCF) of US$1.4 billion for the twelve months ended 30 September 2015," said announcement details. "The combined business is expected to deliver low double-digit rebased OCF growth over the medium term."

The deal also provides additional synergy opportunities which translate into financial benefits beyond the US$125 million already identified by CWC for its ongoing merger with Columbus International.

"Areas of opportunity include savings related to elimination of public company expenses, further corporate and administrative rationalisation of existing LiLAC Group operations with those of CWC, leveraging the combined scale in areas such as content, procurement and product development, and capitalising on the strength of CWC's terrestrial and submarine network assets and B2B expertise and product portfolio to further drive savings and revenue opportunities in the combined operations," said Liberty of the deal.

Based on current prices, Liberty Global has offered to buy all of CWC's shares for US$5.3 billion worth of Liberty and LiLAC shares. Liberty will also take on US$2.9 billion in debt held by CWC.