Richard Powell to retire from VMBS 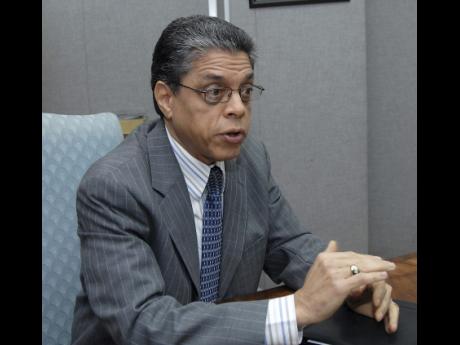 Richard Powell, the president and CEO of Victoria Mutual Building Society (VMBS), is heading into retirement at the end of this year, according to sources, but he is expected to stay on through a period of transition.

Powell's replacement is still to be finalised. VMBS confirmed the transition but gave no other details.

"After a decade of service to Victoria Mutual and over 43 years of engagement in both private and public sectors, he has indicated his intention to proceed into retirement at an appropriate time in the near future," chairman Michael McMorris told Wednesday Business.

"Succession is anticipated within the next year but with no specific date yet defined," McMorris said.

Victoria Mutual is one of three building societies, and the second largest in the market behind Jamaica National Building Society but ahead of Scotia Jamaica Building Society, which is owned by the Scotia Group Jamaica banking group. VMBS will shortly be the sole stand-alone and member-driven society now that JNBS is about to transition to commercial banking market.

McMorris said the VMBS board has been "engaged in a process to ensure that this transition occurs at the optimum time" and was in search of "the best talent" for the mortgage and financial services institution. Pressed on directions for VMBS as the building society transitions to a new CEO, he said VMBS remains committed to mutuality.

The society offers wealth management and investment and real estate services; general insurance; money transfer, along with savings and mortgage loans. Last year, the group and its subsidiaries were valued at $97 billion by assets, with the society accounting for $83 billion. The society was estimated at $85 billion up to June of this year in a market valued at $235 billion.

Powell was appointed head of VMBS in July 2005, making him the first non-VMBS staff to be appointed to the job. As a qualified engineer, Powell served in the public sector before transitioning to corporate life. His track record includes a senior position at the former Lascelles deMercado group, and as president and CEO of the former Life of Jamaica and Blue Cross of Jamaica.

VMBS was founded in 1878 by a group of clergymen. Its network encompasses around 15 branches in Jamaica and offices in the United Kingdom, Canada and the United States.