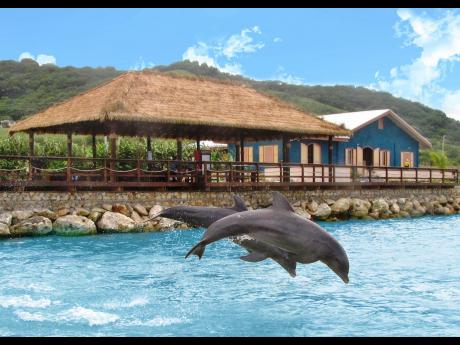 Chairman and CEO of Dolphin Cove Stafford Burrowes says the company can now move full steam ahead with its expansion plans through the backing of the new owners of the water park, Dolphin Discovery.

The $3.7-billion takeover through World of Dolphin Inc gives the Mexican company a 58 per cent stake in Dolphin Cove. Burrowes says that under the deal, he retains ownership of a tenth of the company and will continue to manage it.

The Jamaican marine park, which operates four locations on the north coast, has been trying for near four years to expand regionally, with St Lucia and the Turks and Caicos Islands (TCI) tapped as new markets. The company bought lands in St Lucia in 2012 and in the TCI a year later, but neither has yet materialised.

At its shareholders' meeting held earlier this year, Burrowes said the Turks site is the closer of the two to beginning operations and that the company was conducting environmental impact assessments there. The company projected a 2016 start-up date for its TCI operations.

But with the acquisition of Dolphin Cove, Burrowes said the expansion plans will gain traction. The Jamaican marine park will continue to operate under its current name and Burrowes will remain its chairman and CEO.

"We will both continue to operate. Dolphin Cove now is another division of their operation," Burrowes said in an interview with the Financial Gleaner.

The sale of some 229 million shares priced Dolphin Cove at $6.3 billion or $16.03 per share. The shares were bought off Burrowes, the principal shareholder, who started the facility with his wife Marilyn 15 years ago.

Burrowes' ownership of Dolphin Cove has now fallen to 10 per cent. He won't have a stake in the Mexican outfit, whose operations span 18 locations in Mexico, the United States, Europe, Latin America, and the Caribbean.

Dolphin Discovery said "plans are far advanced" for a mandatory takeover offer for the rest of the Dolphin Cove shares in line with stock market rules. The company said, however, that it has no immediate plans to take Dolphin Cove private.

As a junior market company, Dolphin Cove is the beneficiary of 10 years of tax breaks, and must stay listed on the JSE Junior Exchange for at least 15 years in order not to incur a penalty. The company listed in December 2010.

Dolphin Cove's board is expected to resign to make way for Dolphin Discovery's representatives. Burrowes will remain on the board as chairman.

Burrowes said of the new owners that they "have a very professional approach to the care of dolphins and other species, and that encouraged us to do this partnership with them".

Dolphin Cove operates four parks: two in Ocho Rios at Belmont Road and Moon Palace Hotel; one at Lucea in Hanover; and one at the Half Moon Hotel in Montego Bay.

"I am sure that together we can continue the growth of Dolphin Cove in Jamaica and the Caribbean," the businessman said.