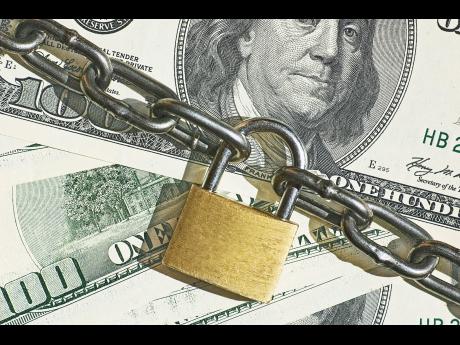 The primacy of debt over equity is one of the pillars of capitalism. The principle is plainly evident during corporate debt restructurings.

Equity shareholders surrender part of their holdings in return for the forbearance of debt, but the issue becomes more difficult at the sovereign level.

It's not easy for a country to establish a quid pro quo that provides relief against a diminution in debt. Some creditors demanded that the Greek government turn over some of their islands in return for debt forgiveness, but it was just in jest.

The introduction of GDP warrants has been a novel way of compensating bondholders for a reduction in principal. The use of warrants as a form of compensation was introduced after the debt crisis of the 1980s. Oil-producing countries, such as Mexico, Venezuela and Nigeria, gave investors value recovery rights (VRRs). The holders of these instruments would receive payment when certain conditions were met.

Unfortunately, there were problems with the documen-tation, enforcement and liquidity of most of the VRRs. The most successful recovery warrants were issued by Argentina after its debt default in 2002. Highly liquid, and widely held, they paid out when a set of GDP-growth parameters were met.

The Argentine GDP warrants pay out a total of 48 cents, and about 11 cents have been paid so far. The instruments expire in 2035. They were issued to make up for the massive haircut that was applied to bondholders. Given their success, other countries decided to do the same.

In 2012, Greece issued GDP warrants along with its debt restructuring. Although the instruments did not provide as much upside to bondholders, they offered a more consistent stream of revenue. The newest addition to the GDP warrant community is Ukraine. Like the Argentine instruments, they are pari passu with the rest of the debt. They cap the payments for the first few years at one per cent of GDP. They also set a fixed threshold on the minimum level of economic activity.

Argentina's threshold goes up annually. Similar to Argentina, the minimum Ukrainian growth rate to trigger a payout is three per cent, whereby the bondholders receive 15 per cent of the excess level of economic activity.

The interesting thing about Ukrainian warrants is that the rate of compensation increases to 40 per cent of the excess level of GDP, when the rate of growth is above four per cent y/y. The Ukrainian authorities are convinced that the country will be lucky to exceed a GDP growth rate of three per cent y/y for the foreseeable future. They, correctly, point out that the ongoing conflict with Russia will be a drag on growth. Yet, it is important to note that Argentina posted growth rates that were well in excess of 4 per cent y/y on more than eight occasions since its default.

Using a growth rate of between 3 per cent y/y and 4 per cent y/y, the Ukrainian GDP Warrants have a total payout of about 21 cents. That is roughly the amount of haircut that the bondholders suffered during the restructuring, but we may be underestimating the upside.

One of the attractions of the Ukrainian warrants is that, while they may have caps on some of the initial annual payments, they do not have a limit on the total payout. Therefore, applying the Argentine post-devaluation GDP growth scenario to the Ukrainian model increases the payout more than fivefold. This is interesting because there are many similarities between the two countries. They both have populations of about 40 million to 45 million. And they are both major grain producers.

Of course, there are several things that were unique to the Argentine case. It emerged from the default in the midst of the surge in commodity prices. The incorporation of China into the World Trade Organization in 2001 resulted in an unprecedented surge in commodity prices for the next decade. It is important to note that Ukraine also experienced a similar rate of GDP growth during the same period. Hence, they are driven by comparable global forces.

Unfortunately, we are in the midst of a global commodity slump. The Chinese economy is entering a mature phase of development, where it will not need as much raw materials as before.

There are also important differences in the performance of the countries' exchange rates. While the hryvnia devalued roughly 55 per cent last year, the Argentine peso dropped more than 75 per cent between 2002 and 2003. Therefore, the Argentine economic bounce was going to be much stronger.

The combined effect of the change in relative prices and the spike in grain prices put the Argentine economy on a trajectory of unprecedented growth.

In sum, the market is not putting much emphasis on the Ukrainian GDP warrants, given the ongoing political instability. Still, it may be an interesting instrument to monitor if grain prices move higher.