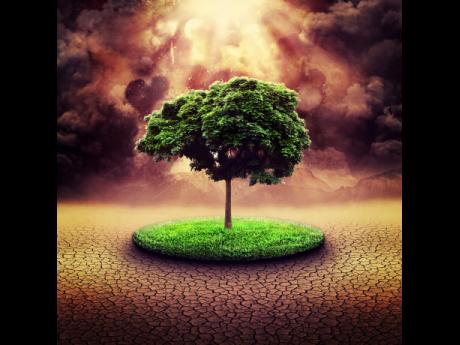 The sensitive subject of terrorism in a Caribbean context is a matter this column has addressed before with some caution.

However, following recent events in Europe, it is clear that it is an issue that now needs to be taken more seriously in the region as those who wish harm to the world begin to deploy their 'foreign policy'.

As Sir Ronald Sanders, Antigua's Ambassador to the United States made clear two weeks ago in a speech about the Commonwealth's global role for good, the Caribbean "should not linger in the false notion that small countries are immune from the conflicts that engulf larger and more powerful states".

"My worst nightmare for our idyllic islands of the Caribbean is that the tactics of terror so casually utilised by extreme groups such as ISIS will be deployed within them," said Sir Ronald, a candidate for the post of Commonwealth Secretary General.

His comments preceded the appalling events in Paris on November 13 when 129 people were ruthlessly murdered at the command of nihilistic individuals with a warped interpretation of a peaceful religion, who will stop at nothing to obtain and weaponise whatever will kill the greatest numbers of those who do not share their extreme views.

If anyone is in doubt and believes the Caribbean is immune from what has become a global problem, they should consider developments in the last two weeks alone: An ISIS video featuring four Trinidad-born fighters urging Trinidad and Tobago's muslims to take up arms to fight in Syria; news that between eighty to 130 Trinidadians and their families have now travelled to Syria to fight and live in the so-called Islamic state; the arrest in St Maarten of three people probably of Syrian origin travelling from Haiti on false Greek passports; and in the French territories in the Caribbean a declaration of state of emergency.

In addition, in March, General John Kelly, the commander in charge of US Southern Command wrote in a report to the US senate that he was troubled by the operational and financial overlap between criminal and terrorist networks in the region. At a press conference at the time, he spoke frankly about the extremists involved in radicalising some young Caribbean people and the dangers posed if they returned to countries where, as he put it, there is little capacity to track radicalised and potentially dangerous returnees.

There is also earlier well-documented evidence that others from the Caribbean and the diaspora, often radicalised in prisons, are in Syria.

To understand what is now happening internationally, it is important to recognise that Daesh - a more appropriate name for ISIS - made clear earlier this year that it was focusing on the development of a 'foreign policy.'

According to analysts and security experts, Daesh is looking abroad to strengthen its position. To do so, it is seeking through a carefully thought through policy, ways in which it can destabilise its neighbours and export terror to its far enemies.

Writers on security issues suggest that while the group remains focused on Iraq and its near enemies in the Middle East, the group is increasingly dedicating resources to developing an international strategy. For instance, in a well-sourced, recent article in the Financial Times its security editor, Sam Jones, quoted Nigel Inkster, the director of transnational threats at the think-tank, The International Institute for Strategic Studies, and a former senior intelligence officer as saying: "They now have a department of external attack planning. They are clearly thinking about things like cyber. And while we are seeing signs of the old al-Qaeda franchise model, we also see ISIS [proactively] moving out to new areas from its core."

In other words, events in Paris show an organisation carefully scaling up its capability to conduct global campaigns.

While the primary target may be the United States and its citizens, the Caribbean and Central America's geographic location and its porous borders, and in some cases, poor or corrupt policing make it an attractive area to operate out of or in.

While the likelihood of an event or anyone being involved in any incident is statistically minimal, what is disproportionately at risk is the region's tourism economy, its reputation for tranquillity, and its quality of life. As events in Tunisia, more recently in Egypt and now Paris demonstrate, tourism is the first casualty.

So what should be done?

At its most obvious it requires an abundance of attention at Caribbean airports and seaports and locations where large numbers of visitors gather; greater co-operation at an inter-regional level; and with external partners, support for resolutions being prepared for the United Nations laying out an international approach to defeating ISIS; and legislating modern laws that enable governments, when required, to address everything from cyber crime to the taking of DNA samples from prisoners.

It also needs thought being given to the equally politically sensitive issue of prison reform, what is causing radicalisation of small groups and individuals within some Caribbean nations, and the steps that might be taken with outside support to address this.

There are also many other issues of detail that have gone unaddressed for too long that need considering. For example, there is the problem of so-called breeder documents for obtaining a passport as a consequence of there being no common secure single recordable system in the region relating to birth and death certificates.

There also needs to be greater certainty surrounding the robustness of the processes involving Citizenship for Investment programmes that have the effect of granting passports and visa-free travel within the region and beyond.

No one would deny these and other requirements involve often considerable expense for small countries and may have seemed less necessary when the likelihood of events of the kind that have happened elsewhere were remote.

However, the indications are that the global picture is now changing. Inaction now, whether at a national or regional level, may, therefore, be considered an unforgivable gamble with the region's economic future.