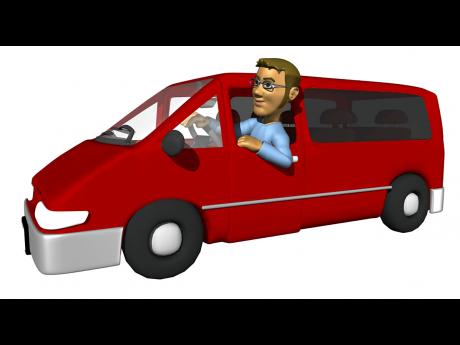 QUESTION: My wife had an accident in early October. She stopped her Nissan Versa and was waiting to turn right on to Winchester Avenue from Ruthven Road. A Mitsubishi Pajero, owned by the Ministry of Transport and Works came out of Winchester Avenue and hit a Toyota Corona. The latter was travelling in the opposite direction to my wife?s car. The Pajero hit the Corona in its left side and the Corona ricocheted into my wife?s car. The cost of repairing my wife?s car is about $250,000.

My wife made a report to the Half Way Tree Police and to her insurers. The ministry is yet to say anything about fixing the vehicle to my wife?s insurers. Can we repair the car ourselves and claim the expenses from the ministry when the case is settled? The car is fairly new and looks awful. If the case is not settled, we would prefer to bear the cost rather than claim against her insurance. How should we proceed?

INSURANCE HELPLINE: I admire your very calm manner in dealing with this problem. Some persons would have torn their hair out at best at the prospect of finding so much money to repair damage that was caused by a government-owned vehicle with little hope of recovery, particularly during these difficult times.

Record the recipe for your behaviour. Conduct trials to show that it is effective. Get endorsements from persons who have used it. Develop a brand that captures the essence of who you are. Perhaps, Minister of National Security Peter Bunting and Police Commissioner Dr Carl Williams would be among the first to beat a path to your doorsteps and offer you lots of money to make it a part of their strategy to reduce violence!

When you and I spoke, you said you learnt that the particular government department does not buy motor insurance from private insurers like you and I do. They self-insure. Some government-owned entities, like the company that provides bus services to Kingston and surrounding areas, also do so.

The Motor Vehicles Insurance (Third-Party Risks) Act allows this. Insurance companies that offer traditional motor insurance are regulated by the Financial Services Commission and have to comply with minimum standards and rules that are set by that body.

It is not clear to me who regulates the companies that elect to self-insure the liabilities that are imposed under Motor Vehicles Insurance (Third-Party Risks) Act.

My assumption is that in an accident like your wife?s, the driver of the government-vehicle would be required to file a report of the accident in his ministry. The report would then move through the bureaucracy until it ended up on the desk of some official in the Office of The Attorney General.

The AG is the chief legal officer of the government. What is the process for dealing with matters like your wife?s? How quickly and efficiently are such matters normally dealt with in a case like hers, where liability is clear-cut? Frankly, I do not know. The AG?s website offers no answers. It is therefore anybody?s guess how quickly the matter will be dealt with and eventually settled if at all. For all practical purposes, the Pajero could be considered uninsured.

Am I being unfair to the Office of the Attorney-General? Perhaps. I am basing my comments on what I know about how the self-insurance motor programme of Jamaica Urban Transit Company operates and the experiences of persons who make claims against that company as published in our newspapers.

This column would welcome comments from a responsible person in the AG?s office providing details of how the government?s self-insurance mechanism with respect to its fleet of motor vehicles that are subject to the Act operates.

Presumably, government-owned vehicles and other property are also damaged in many cases where the accident is the fault of vehicles that are insured with companies regulated by the FSC. This could obviously an area of revenue leakage for the state given the experiences of traditional motor insurance companies. A response would therefore be a matter of public interest.

I would be very reluctant to suggest that you give your insurer a ?bly? without checking your policy. After all, don?t you buy insurance to help you to cope with some of the bad things that sometimes happen in life?