Mobile ads a valuable tool for marketers, annoyance for customers 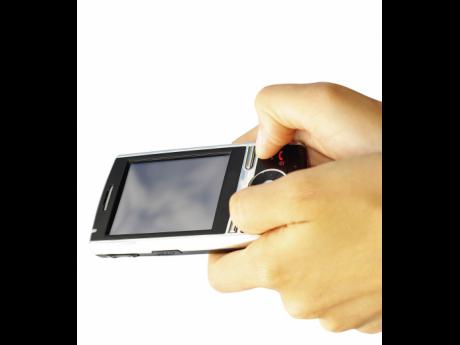 Several Digicel customers can attest to receiving a plethora of texts messages on their mobile phones advertising countless products and services. But while the marketing tool may be valuable to promoters, some customers seem annoyed by what is increasingly feels like an intrusion.

Digicel Jamaica through its advertising arm, Digicel More, has for two years provided marketers with the eyes of its subscribers with companies such as Jamaica Public Service Company (JPS), Red Stripe and the National Housing Trust (NHT), among others, using the entity to reach their target market.

Digicel More uses "demographic segmentation criteria to target customers who are most likely to purchase," the product and services of its clients, the entity notes on its website.

With the ability to target every customer on Digicel's network, the marketing entity has the eyes of around two million people, which the company claims is 75 per cent of the mobile market. Additionally, roughly 45 per cent of its subscriber base now use smartphones, offering other advertising options.

Outside of precise data on industry growth, the use of text messaging to reach consumers seems to have blossomed in recent years with SMS Communications, which started in 2007, among the first to use mobile devices to target consumers.

Proprietor Stephen Spence, ranks his company as the top SMS firm with Digicel and "some other smaller companies," falling behind it.

Industry experts were however unable to provide details on the number of players in the market and the market share held by each.

With increasing competition for the eyes and ears of the public, customers polled by Sunday Business seemed put off, however, by the increasing intrusion of marketers.

The reactions spanned a range, including "ill-timed" messages and "inconvenient" pop-ups, while some said they felt "bombarded" by the onslaught of promotions or advisory that were way too frequent.

For Rachel, a prepaid customer, "the messages are just as annoying as someone cutting their lawn on a Saturday morning when you are trying to sleep."

Though conceding the advertisements often have valuable information, she questioned the number of advertisements that are popping up on mobile customers' phones each day.

"What makes them even more annoying is, when you are anticipating a communication from someone and you hear the phone and think it's the information you were waiting on, only to see its one of those texts," Rachel said.

Dwight, a marketing executive, told Sunday Business he sees "the value of the service as a marketing tool," but admitted that customers sometimes feel "bombarded" and lose interest.

"Personally, if it's is worth my attention, I will look at it. But I know it's annoying," he said.

Burrell-Clarke said "Digicel More offers our customers information on special offers, sales, events and news in their area,'' but "customers are also able to opt out of receiving SMS and other notifications from Digicel."

Melissa, another customer with whom Sunday Business spoke, also questioned the frequency "and why they have to send them so late at nights."

"I'm not saying they are not to send them, but why so many, and at those late hours at night, it's annoying," she said.