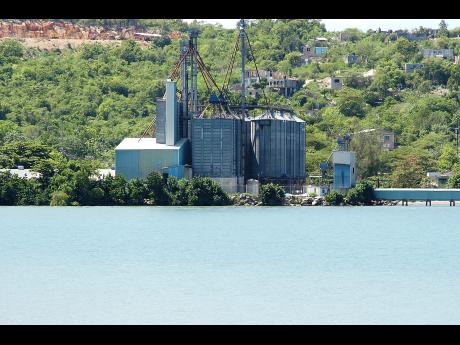 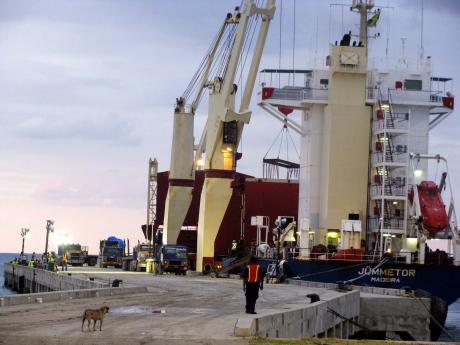 Caribbean Cement Company Limited (CCCL) has recornered most of the cement market, having struck a deal with Tank-Weld Metals that sees the construction materials company exiting imports and signing up instead as a distribution agent for the local cement maker.

Tank-Weld will distribute Carib Cement's product from its cement bagging plant at Rio Bueno in Trelawny.

The Bicknell-controlled company was the last major holdout in cement imports that at one time had taken over about 15 to 20 per cent of the market that Caribbean Cement once monopolised. Caribbean Cement's share of the domestic market last year was just under 83 per cent, according to Wednesday Business calculation of industry data.

The room for competitors opened around 2005 when the company had placed faulty cement on the market and the Jamaican Government created space for importers while the local producer improved its processes.

Caribbean Cement began reclaiming the market in 2013 when it struck a deal with Arc Systems, which sells the product under its own brand, ArcPlus. At the time, Caribbean Cement said it had reclaimed eight per cent of the market through the arrangement.

Efforts to determine the size of the import market now through the Trade Board and Jamaica Customs Agency were unsuccessful, but at least one player remains - Buying House, the distributor of Anchor cement.

Tank-Weld, which in the past competed against Caribbean Cement with imports from the United States, started distribution for Jamaica's sole manufacturer of the product in October and has so far moved two shipments, Chief Executive Officer Christopher Bicknell told Wednesday Business.

As a result of the agreement, Tank-Weld no longer imports cement, Bicknell said. The company previously had an arrangement with Vulcan Materials of Alabama, United States, to distribute its bagged cement in Jamaica.

That arrangement caused conflict with Caribbean Cement and resulted in a complaint by the monopoly manufacturer to Jamaica's Anti-Dumping and Subsidies Commission (ADSC).

In 2010, the ADSC determined that the importation of Portland Blast blended cement, made by Vulcan Materials, was not a threat to the local industry, giving the green light to Tank-Weld Metals to continue selling the product locally.

Caribbean Cement had won previous anti-dumping cases, after which the Jamaican Government slapped heavy duties on cement imported from Indonesia, Thailand and China.

Vulcan Materials was sold last year, but Bicknell said those developments had nothing to do with its new arrangement with Caribbean Cement.

"The real issue wasn't anything to do with that. It was that the Government quotas were restrictive and went contrary to any agreement, because you would have to live under the quota system," said Bicknell. "It was more prudent for Tank-Weld to secure a more solid agreement domestically, hence the reason for the agreement with Carib Cement."

Tank-Weld's facility in Trelawny will now be used to store Carib Cement for distribution, which will be transported via the coastline from Rockfort to Rio Bueno and will enter the plant already bagged.

"The most critical aspect for Tank-Weld was the continued utilisation of the Rio Bueno port and facility, which is a key component of the agreement," he said.

"This agreement will also have social and environmental benefits, as the use of maritime freight will see less wear and tear on the roads, less frustration for the travelling public, and less pollution in the air, through the reduction in traversing across the island by road of bulky and heavy cargo," said a joint statement by both companies that was issued after Wednesday Business reached out for comment on their distribution pact.

"Both companies believe that this agreement will benefit the Jamaican consumer as well as the local economy, as it increases the domestic production of cement, therefore, yielding greater production efficiencies, increasing use of assets, boosting the local market and using more indigenous resources," it said.

Last year, Caribbean Cement sold 598,165 tonnes of cement inside Jamaica in a market where locally made and imported supplies of the commodity totalled 721,987 tonnes.

Caribbean Cement's overall volume sales that year - domestic and exports - amounted to 830,931 tonnes, or more than 4,000 tonnes better than the previous year.

The trajectory into 2015 has shifted somewhat. At half-year to June, volume sales were tracking at around 10 per cent behind the 2014 period.