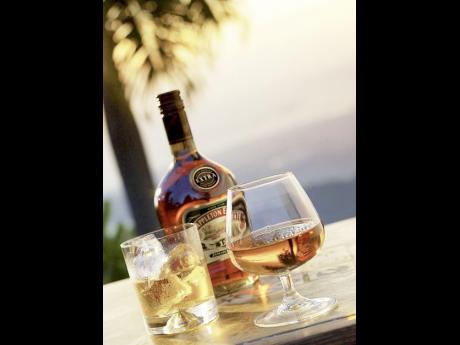 Campari has completed its exit from the non-core activity of general merchandise distri-bution in Jamaica.

The liquor and spirits company terminated distribution of Kimberly Clark products across the island last year; in March of this year, it closed the sale of Federated Pharmaceuticals to Kirk Distributors; and four months later, the sale of Agri-Chemicals to Caribbean Chemicals was finalised. The company also sold its one-third stake in real estate development company, Jamaica Joint Venture.

Now, Campari's Jamaican operation - J. Wray & Nephew Limited - just makes and sells sugar and rum. But ridding itself of the non-core businesses meant it took a €5.4-million ($700-million) hit to its sales during the three months to September 2015.

On the plus side, a surge in the organic growth of the rum portfolio - including Appleton and Wray & Nephew White Overproof - more than offset the loss of sales attributed to the discontinued assets.

Rum sales grew by 37 per cent, or by €5.8 million - not accounting for foreign-exchange gains - during the quarter when compared to the corresponding period last year.

The strong positive performance for the rum portfolio was mainly driven by the core United States, Jamaican and Canadian markets, as well as Mexico, according to Campari.

In April, a new range of premium rums was launched under the Appleton Estate brand, which essentially renamed V/X as Signature Blend; Reserve as Reserve Blend; and Extra 12 Year Old as Rare Blend 12 Year Old.

"The US, Canada and Australia were the first markets to be involved in this initiative," said Campari. "Other markets will follow."

The new J. Wray Gold and Silver Jamaica products were also launched in Italy in the same month as replacements for the Appleton Special and White range, with the aim of concentrating the Appleton Estate brand exclusively in the premium segment.

The Jamaican dollar also appreciated against the euro when comparing the latest quarter with year-earlier levels, which translated into a €2.1-million increase in sales for Campari's Jamaica operations. Consequently, Wray & Nephew saw a 16 per cent year-on-year increase in sales to €17.9 million (J$2.3 billion) during the three months to September.