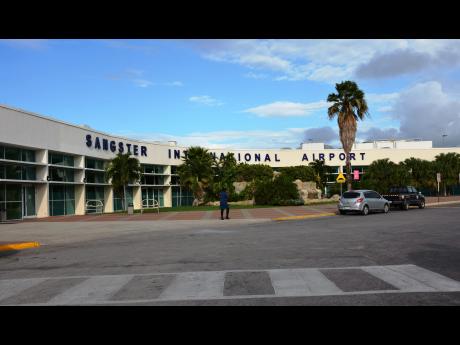 It is quite amazing how many who work in the government, but oftentimes in the private sector as well, tend to miss the connection between the salaries they are paid to serve others well and the sometimes awful service they dish out to their 'clients'.

Friends reported two unpalatable incidents to me that happened recently. They indicate that some officers in our immigration and customs services have no concept of what it means to provide good and agreeable customer or client service.

Some of these officials view citizens or visitors, or both, who approach them to get entry into our advertised tourist country, or to clear their luggage, as real distasteful objects. The little authority these errant officers possess is used to the most disagreeable and offensive limit against some of the most innocent travellers.

Often, our officials far exceed the authority they are given, or stretch the discretion they have well beyond all reasonable boundaries. To be fair, many customs and immigration officers are really very well trained and efficient, and they extend an abundance of courtesy to those of us in the travelling public who approach them for service. In fact, quite recently I wrote a very positive piece on a quite pleasant experience I had with the new electronic kiosk, coupled with the assistance of a gracious immigration officer, on returning to the Norman Manley International Airport after a trip overseas.

As with any body of capable professionals, there is invariably a small minority among the group whose bad attitude, rude behaviour, lack of professionalism and disrespect for the clients they serve leave a bad name on the group as a whole. This is exactly what happened to two different friends one who had a bad experience with a customs officer in Kingston and the other with a really rude immigration officer in Montego Bay.

About a week or so ago, my friend, who is a businessman and is a major investor in very upmarket real estate properties in the Montego Bay area, returned to Jamaica through the Sangster International Airport. He also happens to be the honorary consul for a Latin American country, which gives him diplomatic status in Jamaica. As he has done on scores of occasions before, he entered the diplomatic line at the immigration counter. On this particular day, it was my friend's bad luck to meet an immigration officer who decided that his word was law, regardless of what the immigration rules may say. My friend reports that he was told in the most cantankerous manner that he has no right to be in the diplomatic line - in spite of his diplomatic position and passport - because he is a resident in Jamaica.

You can well imagine my friend's surprise and consternation at this unwritten but obviously 'new rule'. By most every definition I know, all diplomats are 'residents' in the country in which they reside. The insolence and distasteful attitude got worse. The longtime resident, honorary consul and significant foreign investor in Jamaica was told by the dictator - who happens to be the immigration officer with whom the diplomat was dealing that day - that he would 'teach you something today' while telling the diplomat to be quiet.

This fine investor has been recognised by the Government, honoured by one of our major universities, and he and his wife are genuine friends of Jamaica. He certainly did not view the dictatorial officer's behaviour as an act of kindness; nor did the experience make him feel like his friendship towards Jamaica was of any value. One has to wonder very seriously why any immigration officer in his right mind would behave in that fashion with any person, even if the traveller entering Jamaica, whom he is paid to serve well, had made a mistake. Is it because of the lack of proper training? Or is it because of consistent low pay? Maybe it is the result of a cultural weakness that many Jamaicans possess which feeds the urge to be authoritarian when given a mere modicum of authority to serve others.

Maybe it is because we have suffered through so many decades of corruption at most every level that a great many Jamaicans treat others as if they are all thieves. Well, my other friend, who is British of Jamaican parentage, got the full treatment earlier this week.

He has been coming to Jamaica for many years as a businessman who is a major importer of Jamaican products to Britain. This time, it was his bad luck to get a particular customs officer in Kingston, who asked him to open his bags.

When in Kingston, he attends many meetings in any particular day and therefore has to change his shirts often because of the humidity, which is unusual to him. Our customs officer, who was clearly bent on finding a thief somewhere, would have none of that explanation.

The buyer of Jamaican products, whom our government and business leaders say we want to attract to Jamaica, was asked repeatedly if he was bringing the shirts in his suitcase to sell - like a higgler, you can understand.

To our overzealous customs officer, a black British person with so many shirts must be trying a fast one to avoid paying duties on dutiable merchandise, which the customs officer, who wants to be a detective, firmly believes is for sale in Jamaica.

Both of these instances point to the need to constantly train and retrain our front line immigration and customs officers. These are the first faces of Jamaica that visitors and returning residents to the country will see. It is too painful, off-putting and detrimental to Jamaica's economic well-being when these front-line immigration and customs officers display the wrong attitude and distasteful and disagreeable rudeness.