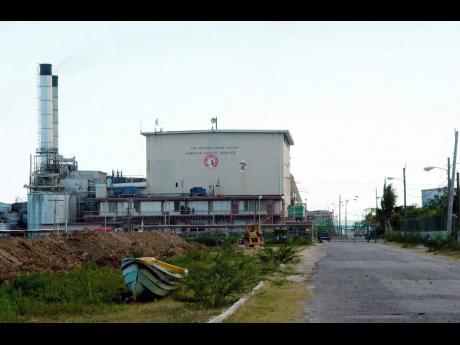 Continuous tests as well as monitoring of the construction and commercial operation of the gas-fired 190-megawatt power plant to be developed by Jamaica Public Service Company (JPS) at Old Harbour Bay, St Catherine, have been promised, amid public concerns that the facility could eventually become a health hazzard.

Those health concerns were allayed by environmental consultant Carlton Campbell, who also assured the community in a consultation session Tuesday that they would have a mechanism for complaints for matters that arise when the project gets underway.

The public is weighing in on the environmental impact assessment report, which was done by Campbell's company, CL Environmental Limited.

Such consultations are a precursor to final consideration and approval of a major project by the central authority, National Environment and Planning Agency (NEPA).

Site preparation for the liquefied natural gas plant is scheduled to begin by the first quarter of 2016 and construction by the second quarter. Commissioning of the plant is expected 22 months later, which would be close to mid-2018 if the current timetable holds.

JPS recently settled on Spanish engineering and renewable energy firm Abengoa to develop the plant, but that selection is now complicated by bankruptcy filings by the company on Wednesday, which is seeking protection in order to restructure its debt of about €9 billion. Spanish law gives it four months to strike deals with creditors under 'pre-insolvency' proceedings and avoid full bankruptcy.

The size of the contract to Abengoa was not disclosed, but previous reports say the project could cost around US$200 million to US$300 million. CL's environmental impact report indicates that capital expenditure for construction of the plant is US$219.5 million, but last night JPS clarified that this figure related to equipment only. The utility said the full project cost would end up closer to US$300 million.

The new plant will retire old capacity at Old Harbour, and is expected to deliver power supplies to the national electricity grid at less than 13 US cents per kilowatt-hour. The current plant is oil-fired.

Old Harbour residents were told to expect intermittent traffic disruptions and longer commutes, as well as increases in the cost of travel once the 190MW project enters the construction phase.

Campbell said the expected noise levels were compliant with the night and daytime standards of NEPA and the World Bank, and that water and air quality as well as drainage and wastewater systems would be monitored continuously.

"There is a perception that there will be health implications from this new plant," said Campbell, while ticking off a list of reported concerns that included respiratory problems, increased noise levels, pollution, vibration and soot emissions.

However, he said, a health impact study was conducted which showed that residents would not be affected.

The environmental consultant also said the natural gas emissions and effluent released from the plant were not expected to harm the fish stock on which a lot of residents of the village depend for their livelihood.

The plant is expected to employ 400-450 during construction, and 45 persons permanently at commissioning.

The project was submitted to NEPA for approval on September 2, 2014, and after initial review, the agency requested that JPS produce an environmental impact report. The report was submitted at the end of October and is under review by various agencies.

Their feedback will eventually be communicated to JPS.

"The agencies will therefore refrain from making any comments or answering any questions in relation to the development at this time, as the application is currently the subject of review," said NEPA official Ruth-Ann Lacey-Sherrard at Tuesday night's public consultation.

The presence of the agencies at the event, she said, was merely to observe and take note of public comments that would inform the deliberations of the Natural Resources Conservation Authority (NRCA) which is a division of NEPA.

"Please note, carefully, that the final decision on the application is the sole responsibility of the NRCA," Lacey-Sherrard said.

"The agencies' review of the public presentation and consultation processes is extremely important in the decision-making process. These consultation processes provide an additional opportunity for stakeholders to air their concerns, make comments, provide opinions and views on the development project, and afford the applicant the opportunity to address these," she said.