NHT not averse to leasing Outameni 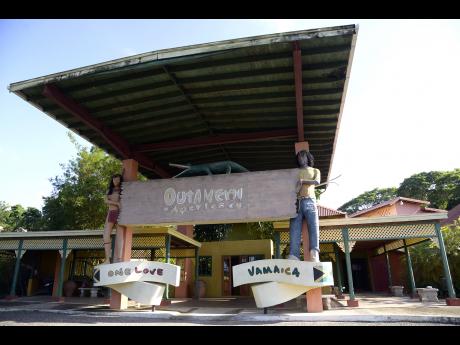 The National Housing Trust (NHT) says it will consider a lease arrangement for the failed Outameni attraction in Trelawny as its latest effort to rid itself of the cost of upkeep for the property, which has historic significance.

The NHT has sought to divest itself of Outameni as recent as September, but no investors were interested, and now Chairman Dr Carlton Davis says the housing agency would favourably consider other offers.

"Rather than a straight offer to sell, an offer to lease or rent at attractive rates," would not be turned away, Davis said.

"The objective is to rid ourselves of the security and maintenance costs, while enabling an acceptable business activity," he said.

He did not specify the standards by which an "acceptable business," would be judged by the trust, only that the NHT requires them to meet "certain minimum standards, which are uplifting".

The NHT acquired Outameni at $180 million in a deal that was heavily criticised as outside the scope of the trust's remit and a bad financial call. The NHT had originally justified the acquisition as a social investment.

The nine-acre Orange Grove property, in which NHT had projected to invest another $111 million over a three-year period, atop the $180-million acquisition price, was offered for sale to local and international investors on August 26 but up to the September 25 cut-off date, there were no takers.

Davis said the NHT has not ruled out re-advertising the property.

Additionally, the NHT properties committee has since commenced discussions with both public and private operators "to see how best the property can be used or divested", including tourism interests.

Davis has said he would not have purchased the $180-million property had he been at the helm of the housing body's board at the time of the acquisition. Outameni, he said, is not an area within the NHT's core competence.

The agency develops homes and sells mortgages. Outside of that, it also owns and operates the Emancipation Park, located next to its headquarters in New Kingston, but the NHT has said the park would eventually be placed in a trust.

Meanwhile, the 73 acres at Unity Hall, St Mary, which was also acquired by the NHT after its technical committee advised against the purchase, remains on the market.