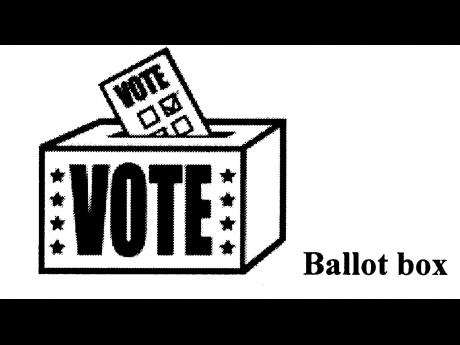 The business community is relieved at the announcement that there will be no general elections before the end of the year, as had been widely speculated, and understandably so.

Snap elections in the throes of the holiday season could have resulted in a man-made disaster of the highest order for many enterprises.

At a recent sales training event for a major retail chain, the general manager emphasised to the scores of participants in attendance that the workshop was strategically timed because Christmas is their most critical time of year, and could make or break the company.

That's the same situation for most retailers, not just here but around the world.

However, if there is one positive development that has emerged from the country being put on election watch within weeks of Christmas, it would be the raging national discourse on whether fixed election dates are needed, and the negative effects of this unnecessary uncertainty on the country in general and businesses in particular.

Before I set out my case for why fixed elections are better for business, let me first note that there are some businesses that would have benefited substantially from elections being held this December, and others that have already cashed in big time amid widespread expectations of same.

Let me give a few examples: There are some new car dealers whose stock of motor vehicles have been completely sold out as holders of car import duty concession benefits rushed to buy high-end SUVs and other luxury vehicles, in most cases, as a precautionary move in case they are separated from their positions after the general elections.

Operators in the car rental and wider transport sector have already been benefitting from the mobilisation of mass numbers of people to attend political rallies and meetings.

Most fortunate of all are the handful of businesses that have received multimillion-dollar building, road maintenance, and community cleaning contracts, the likes of which they haven't seen in the last three to four years.

In fact, had the elections been held, one of the biggest beneficiaries would probably have been media houses inundated with political ads during the season, which command the highest advertising rates, assuming these ads would have compensated for the reduction in private-sector spending.

A significant point to note, though, is that all of those businesses would enjoy the election windfall whether the date is fixed or not. However, they could plan much better and profit even more if they knew definitively and well in advance when they would be held.

The sad irony for media houses is that while they may have stood to benefit, some may have been considerably hurt because of the speculations around the polls.

Let me explain. A few weeks ago, I met with my advertising sales executives to adjust our plans in light of what we believed were the impending general elections. We scaled back our media advertisements and cancelled prior bookings because we expected a flood of political ads and didn't want our message to be drowned out. We were also cautious about participating or investing in expos or events in and around early to mid-December, for the same reason.

Based on my information, many other companies took a similar approach, thus reducing their bookings, and forcing many sales executives to scramble to meet year end targets. Today, there are a significant number of businesses which have stalled or suspended major investments and plans until after the 2016 polls.

Generally speaking elections, necessary and critical though they may be, are not welcome events for businesses, unless they stand to benefit directly from a particular political dispensation.

One key reason is that the public will go out less, spend less, and often defer major purchasing decisions until after the vote.

Additionally, elections come with many uncertainties and risks and businesses do best in stable, low risk environments where they can anticipate and plan for foreseeable change.

Some common election risks have to do with leadership, governance, political doctrine, policy direction, statutory and regulatory changes and social instability. Other, even more immediate and direct risks are fluctuations in sales which can cause cash flow challenges, disruption in events and other strategic plans, reduced employee productivity, safety and general security.

General elections that can be called at any time at the prerogative of the Prime Minister, including during peak seasons, can make or break many businesses, or exacerbate their strenuous inherent risks in an already challenging economy.

Fixed elections allow businesses to plan ahead, manage the risks better, and capitalise on opportunities that may arise. It also allows government agencies, the police, electoral office, schools, hospitals and general public to do the same.