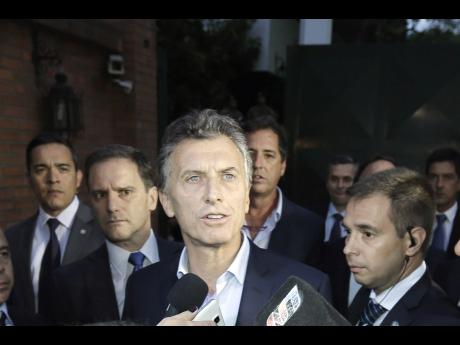 Experts say a promise by Argentina's president-elect to expel Venezuela from the Mercosur trade bloc seems unlikely to be fulfilled.

Venezuela became a full member of the South American bloc in 2012 in an effort to link the region's most powerful agricultural and energy markets.

Argentina's new leader, Mauricio Macri, says he will push to remove Venezuela over its government's jailing of opposition leaders. Emphasising his commitment, during his victory celebration last Sunday night, Macri took a picture with Lilian Tintori, the wife of Leopoldo Lopez, an opposition leader in Venezuela jailed early last year.

An expulsion would be a huge shift for a region where several countries have left-leaning democratic governments with close ties to Venezuela.

But Mercosur members and academics say it is unlikely to happen unless President Nicolas Maduro's government doesn't respect the results of Venezuela's crucial December 6 congressional elections.

He was referring to the requirements of Mercosur's "democratic clause", which says a member country can be sanctioned if it has "broken the democratic order."

Rupture of the democratic order is tantamount to a coup, political analyst Daniel Chasquetti said.

"If Macri had read the democratic clause closely, he would have realised that it's not that easy to apply to Venezuela today, except if something serious happens in the elections," Chasquetti said.

Brazil and Paraguay have still to comment on the issue. Macri takes office December 10, and Argentina's petition is likely to be reviewed during a Mercosur meeting in Asuncion, Paraguay on December 21.