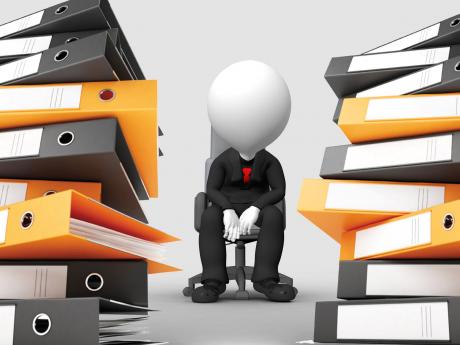 Many executives are relatively strong at taking responsibility, especially in areas where others do not. They stand up to be counted, assuming risks that others won't.

However, they are often baffled when their followers show an excessive and inexplicable fear of victimisation. What should leaders do to eradicate this bad habit that makes good people slip into dependency and turns potential future leaders into weaklings?

Case: A corporate leader who I work with scratches his head in dismay. His followers, who he hopes to grow into a new cadre of leaders, have devolved into victims-in-waiting. That is, they have learned an infantile, supersensitivity to perceived slights and imagined disrespect. He has discovered that even his best attempts to make a difference are taken as personal attacks. They have become professional victims.

According to the Urban Dictionary 'professional victims' claim victimisation when things don't go their way. They continually believe someone is taking advantage of them. In his case, workers have taken to attend meetings in a silent boycott, refusing to contribute anything more than a minimum.

Truth be told, there is a certain kind of power to be gained from convincing your (perceived) oppressors that you are their victim. At best, it invites them to take responsibility in a new way as a result of seeing the truth for the first time. When this happens, transformation can result as it did in countries like the United States, India and South Africa.

However, at worst, being a victim can be just a form of hostage-taking. Then, it becomes a nasty blame-game where the self-described weak gain a scrap of leverage, usually by bullying those in power into feeling guilty.

Unfortunately, in some companies there are a frighteningly large number of staff members who act as professional victims. In your company, you may know exactly who I am talking about. If you do, then go a step further and ask yourself: Is the diseased thinking spreading or shrinking?

Use your answer to gauge how effectively your people are being led. Ineffective leaders merely join the pity party, engaging in their own version of professional victimhood. They may, for example, compare their current job against prior roles they held in better companies, with better colleagues who served better customers. This just makes the situation worse.

First, demonstrate by example. Real leaders take responsibility at extraordinary levels, far beyond the boundaries of space and time. For example, they may even take ownership for what people do to each other. Or, they may assume responsibility for what has happened in the past, under prior leadership, as if they were in charge when it happened.

While others may think this is crazy behaviour, it is actually self-empowerment at its finest.

Leaders who are powerfully self-aware are not blind to what they are doing and they don't do it in secret. They actively create a context in which they locate themselves as the cause of important results, positive or negative. As they do so, one public step at a time, it's noticeable that something is different.

This magic ingredient may be hard for others to articulate, but leaders seize vacuums of responsibility to inspire others to act.

Second, educate followers. A few top leaders don't just act differently, they teach this exceptional behaviour to others at every opportunity. Sometimes, they have developed their own language for what they do, using homegrown phrases such as 'taking one for the team'. Developing responsibility in others is a critical part of their job and the key to a cultural transformation.

Third, share the struggle. A tiny handful go even further than teaching others. They take the risk of sharing their personal struggle with new areas of responsibility. By doing so, they show that it's OK to be imperfect, giving staff real-time insight behind the scenes of a leader's transformation.

Unfortunately, most top executives are clueless about these three steps. With low awareness, they are stunned when people avoid interacting with them for fear of being victimised. They witness employees acting as responsible adults in other areas of their lives (family, church and community) and can't understand why the workplace is so different. Professional victims are perfectly capable of this dualism.

They can also be quite effective at converting others to their cause: misery loves company. This means that leaders cannot just sit back and wait for people's mindsets to change - they won't.

The solution is to be aware and active. If you are a leader, work on the three skills listed above and make them part of your everyday way of being. Leaders are only called forth when the stakes are high and success will be impossible if you avoid this particular duty. It is hard, but necessary.

Francis Wade is a management consultant and author of "Perfect Time-Based Productivity". To receive a free summary of links to his past articles, send email to: columns@fwconsulting.com