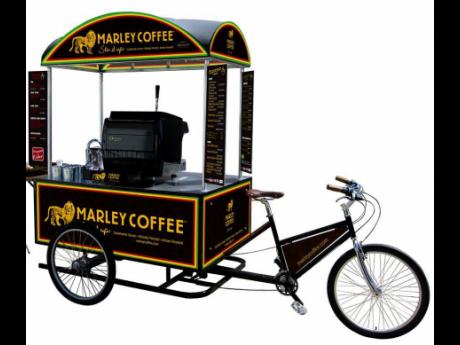 Marley Coffee is listed as Jammin Java and operates under the chairmanship of Rohan Marley.

The stock, which started November at US$0.18, now hovers at US$0.14 after recovering from a one-year low of US$0.07 on the day the United States Securities and Exchange Commission (SEC) laid fraud charges against Whittle and his co-accused. Its market cap now stands at some US$18.2 million.

On November 17, the SEC announced "fraud charges against several alleged perpetrators behind a US$78-million pump-and-dump scheme involving the stock of Jammin Java".

The regulator alleges that Whittle orchestrated the scheme with three others who live abroad and operate entities offshore.

"Whittle utilised a reverse merger to secretly gain control of millions of Jammin Java shares, and he spread the stock to the offshore entities controlled by Wayne Weaver of the UK and Canada, Michael Sun of India, and Rene Berlinger of Switzerland. The shares were later dumped on the unsuspecting public after the stock price soared following fraudulent promotional campaigns," stated the SEC document.

The stock began to rise on November 18 when Marley Coffee came out with a statement that Whittle had acted without the company's knowledge.

"We strongly disagree that we had anything to do with the alleged misdeeds of Mr Whittle. I am confident that between Rohan Marley, myself and our team, we've been able to win back the trust of the community at large by building a meaningful company that has a huge future in front of it," said current Marley Coffee CEO Brent Toevs.

Others charged in the SEC's complaint for facilitating the illegal offering through their offshore entities are UK citizens Stephen Wheatley and Kevin Miller and Oman resident Mohammed Al-Barwani.

"As alleged in our complaint, the defendants made millions of dollars in illicit profits at the expense of the investing public and attempted to conceal their misconduct through complex offshore networks that were revealed in our investigation," said David Glockner, director of the SEC's Chicago Regional Office.

The SEC's investigation was conducted by Kathryn Pyszka and Paul Helms in its Chicago office, and the litigation will be led by John Birkenheier and Timothy Leiman.