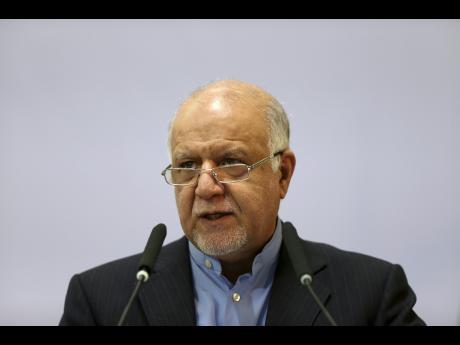 Iran has unveiled a new model of oil contracts aimed at attracting foreign investment once sanctions are lifted under a landmark nuclear deal reached earlier this year, and said United States companies would be welcome to participate.

The new Iran Petroleum Contract replaces a previous buy-back model, in which contractors paid to develop and operate an oilfield before turning it over to Iranian authorities.

Iran has sweetened the terms, hoping to bring in US$30 billion in new investment. The new contracts last 15-20 years and allow for the full recovery of costs. The older contracts were shorter term, and investors complained of heavy risks and suffering losses.

than-planned amounts received no compensation for the additional barrels. But under the new model, the more they produce, the more they will earn. Foreign investors will also have an option to extend contracts an additional five years, up to 25 years.

Some 50 upstream oil, gas and petrochemical projects were introduced during a two-day conference in Tehran at the weekend. Iran will pay foreign oil companies larger fees under the new contracts to provide greater incentives to investors.

Oil Minister Bijan Namdar Zanganeh told the conference that under the new contracts, foreign investors will be required to form a joint company with an Iranian partner to carry out exploration, development and production operations.

"To continue to play the role (as a major oil supplier), we hope to enjoy working with reputable international oil companies under a win-win situation," he said.

"We have no objection to and problem with the participation of American companies. The way for the presence of these companies in Iran's oil industry is open," he said.

Mahdi Hosseini, a senior official in charge of the new contracts, told the conference that the new model is an attempt to repair Iran's relations with the industrialised world.

Iran is hoping to attract over US$150 billion in foreign investment in five years to rebuild its energy industry.

Iranian hardliners, however, condemned the new contracts as "unconstitutional", saying they will open the way for "infiltration" of the energy sector by Iran's enemies.

International sanctions on Iran's oil industry were tightened in 2012 over its controversial nuclear program. Western nations have long suspected Iran of secretly pursuing nuclear weapons, charges denied by Tehran, which insists the

Under the agreement reached in July with the US, Britain, France, Germany, Russia and China, Iran will curb its nuclear activities in exchange for the lifting of sanctions.