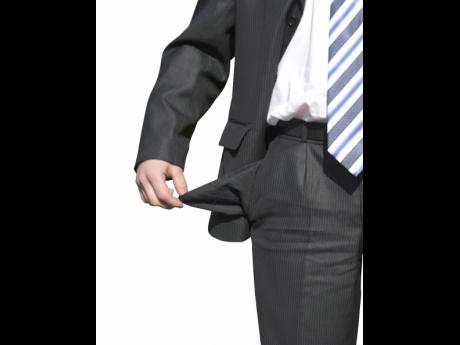 In spite of its many bountiful promises in the last general election, the People's National Party (PNP) has produced mainly plenty new taxes and significantly reduced purchasing power for ordinary Jamaicans.

As the Government for the last four years, the PNP has presided over lots of hardships in terms of a collapsing health service, and people are suffocating under burdensome debts - and sometimes from the fires from the garbage dump at Riverton City. Dr Peter Phillips and Prime Minister Portia Simpson Miller have cast their lots firmly in passing International Monetary Fund (IMF) tests which have focused on fiscal consolidation - debt repayment - but not on economic growth. The prime minister and her finance minister are trying their level best to frame their re-election narrative in terms of sticking to the IMF orthodoxy.

They are using the registration of young voters, the red herring of big houses on tall hills, and more promises of 'better mus come' and the 'balancing of people's lives' in a desperate effort to cover the financial, social and often physical pain that many Jamaicans have been feeling under the Portia Simpson Miller-Peter Phillips economic programme. Four years of mainly negative and no growth have ensured that economic growth will be the differentiating measurement between the two parties as they seek to secure votes in the upcoming election. Given that the PNP has been so efficient for many decades at borrowing money - and according to many studies from academia and elsewhere, wasting a lot of it - economic growth is the last thing the PNP wants to talk about.

Avoiding the economic growth issue, or trying to avoid it, should come naturally to the governing party since it has produced very little of it during its many decades in power.

There is a deception that goes like this: there is no alternative to the IMF programme and whichever party comes to power after the next election will have to abide by the Extended Fund Facility (EFF) with the International Monetary Fund.

That reasoning is in direct support of the PNP and reminds me of a line from the 17th-century poet, Alexander Pope, which says "Whatever is is right". That is wrong and it is a straight out-and-out canard. Indeed, that line of argument and deception is similar, to another that states that both the PNP and the Jamaica Labour Party (JLP) are similar, so it's not worth the effort to choose. Whoever makes that comment wants the hearer to believe that the PNP, which has governed the country for 23 out of the last 27 years, is as equal in responsibility for the economic and social results that Jamaica has endured as the JLP, which has governed for a mere four of the last 27 years.

The 'one and the same' cover-up argument also seeks to deny the solid record of economic growth that the JLP administration recorded in the 1960s and 1980s, when it formed the government of Jamaica. In fact, in spite of leading the country during the time of the worst worldwide recession in 80 years, and in spite of recording a spell of negative growth during the depths of that recession, the JLP was able to produce four consecutive quarters of growth at an annualised rate of 1.7 per cent before it handed over the reins of government to the PNP in December 2011. So Jamaicans will be voting on more than the IMF programme. The IMF did not tell the PNP government that it should not craft its own independent and complementary growth, facilitation programme. Rather, the Government chose to accept the flawed thinking that the EFF was mutually exclusive to a growth-facilitation programme driven by government policy, civil service efficiency and sensible regulations and legislation.

It is the same kind of blind acceptance that led Dr Phillips and his team to agree on the exceptional, only to Jamaica, historic high, relentlessly tax-inducing 7.5 per cent primary surface target suggested by the IMF.

Whether the framers of that argument in the PNP like it or not, personal, economic and social prosperity born of economic growth will be the issues uppermost in people's minds. The party that has the better economic management and growth record, the JLP, is in serious - and many say leading - contention to win the most votes and form the next government.

While the JLP subscribes to fiscal discipline and prudence, it is equally and very strongly committed to finding multiple ways to facilitate and encourage the private sector to drive economic growth. It is similarly focused on delivering increasingly higher economic growth and producing better incomes for a wide cross section of Jamaicans employed in good jobs.

The JLP knows that without strong and sustained economic growth, the long-term target of paying down our debts - much longer than the term of the IMF programme - will not be met. To pretend that the IMF programme is the only game in town is to consign the Jamaican people to endless hardship created by an essentially contracting economy.

That extensive contraction, maybe interspersed with anaemic growth, will demand ever-increasing levels of taxes to pay down our unmanageable debt burden.

The kind of dismal future, boxed in by that IMF-policy-alone option, is not the only possibility open to Jamaican voters and people. The JLP knows that it can and will craft policies, legislation and easier-to-live-with regu-lations to produce economic growth.

The simple aim is to foster and maintain the personal prosperity of a vast number of Jamaicans who are suffering every day under the current policies of the PNP government.