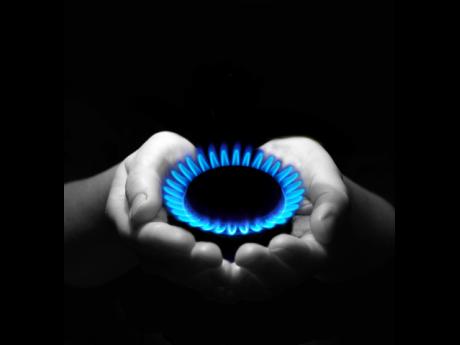 Lest we forget, Jamaica has been trying to strike deals to migrate to liquefied natural gas (LNG), and failing at it spectacularly, for well over a decade.

It all began four prime ministers ago, when Percival James Patterson was in charge and sought to broker a deal with his counterpart, Patrick Manning, in Trinidad in 2001. And we knew Patterson was serious about the issue, because that time he did not form a committee around it.

Still, it didn't end well. Trinidad began to waffle - after all, it could get better prices for its fossil elsewhere. Jamaica wanted concessionary pricing for a yearly 1.1 million tonnes of natural gas as a family member in Caricom, but Trinidad was in favour of the hub. Business, after all, is business.

Patterson even put a dedicated man in charge of the LNG programme. That didn't help. And since then, almost every effort at adding gas to the energy mix has coagulated. You know you have a problem when international headlines pop up asking, 'Is Jamaica's Energy Cursed?'

To recap, the actors in Jamaica's LNG serialised melodrama have included Anthony Hylton, James Robertson, Clive Mullings, Christopher Zacca, Phillip Paulwell, Kelly Tomblin, Exmar, Caribbean LNG, Azurest, Energy World International, Jamaica Public Service Company and now Abengoa SA. Perhaps the only clairvoyant in the mix was Mullings, who, back in 2008, began touting coal as a more practical choice for diluting the viscosity of oil on Jamaica's balance of payments, given the vagaries of supply in the LNG market.

Not everyone loved the idea. The thought of coal was a bit dirty, and risky, but it wasn't entirely dismissed. Fracking has now changed that dynamic somewhat.

In 2014, some 13 years since the Patterson-Manning bro-pact and a decade after the more formalised LNG heads of agreement, ESET emerged as the latest reset when current Prime Minister Portia Simpson Miller reached out to an old and trusted ally of Patterson's - Dr Vincent 'Head of Kitchen Cabinet' Lawrence - to bring an end to the confusion that had become Jamaica's energy policy.

Being a glutton for punishment, Jamaica held on to its LNG ambitions, but also opened up to proposals for coal, compressed gas, and natural liquid gases such as ethane and propane.

But even the doc, despite the heavenly moniker that had been bestowed on him in the past, has been no match for the supremacy of Murphy's law, or whatever it is in the cosmos that appears to want Jamaica to stay wedded to crude. First, the American Ethane/UC Rusal arrangement fell apart - which Lawrence insisted would not derail the 2018 schedule to begin cutting electricity prices - and now there is Abengoa.

General Electric is currently retrofitting Bogue for LNG - a US$22.54-million project that seems to escaped the curse - and Fortress Energy is to start delivering gas by mid-2016. The final terms of the Fortress engagement are now being negotiated.

Before the LNG project was revised from a 360MW single project and split into bite-size pieces under ESET, JPS itself had tried to take on the task under a US$600-million plan that went nowhere. The power utility was said to have a financing revolver lined up but could not secure the gas supplies at the right price.

Under the reset, JPS has two projects to execute - the 120MW Bogue project in Montego Bay for which it has contracted New Fortress, and the 190MW project in Old Harbour Bay. For the latter, JPS reportedly got several bids but chose Abengoa SA, which just days later filed for bankruptcy protection to restructure billions of debt.

Somebody hadn't done their homework. One would have thought that JPS's foreign parents Korea East West Power Company and Marubeni - both of which operate in the energy field - would have the temperature of another big energy player. But it appears that they, and the JPS consultants, did not.

Still, Tomblin and team appear to have other options were Abengoa to falter. The Spanish company has four months to right the ship, a timetable that collides with JPS', which wants to start site prep for the Old Harbour plant by March in order to keep its 2018 commitment. Right about now, JPS is probably reinvestigating the other bidders, hopefully using a different set of consultants than the ones who delivered up the embarrassment of Abengoa.

Old Harbour is an important project for Tomblin, who wants her legacy at the Jamaican utility to be one of transformation. She got a Jamaican power generator and distributor to run, but she wants to leave it as a 'gas and electric utility' with a role in developing a regional gas supply hub for the Caribbean market. Old Harbour would be the fulcrum, assuming it gets built.

With Bogue and Old Harbour in play, around a third of base load capacity would be fired by gas, a cleaner and, as important, cheaper fuel source that will allow JPS to produce and supply electricity to the grid at a price below 13 US cents per kilowatt-hour, and knock 1.2 million barrels of oil off the country's annual orders of crude.

Still, Murphy's law is tenacious, which means that all Jamaica can do is pray that the stars will finally align in its favour and that the energy gods are in affinity with Vin.