KLE back in the black in 3Q, targets 5 new UBTR franchisees in 2016 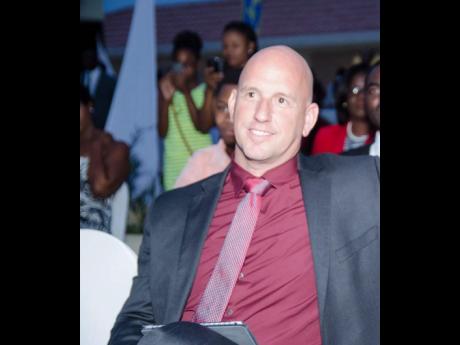 The KLE Group CEO is optimistic, albeit aggressive by his own admission, due to the level of interest generated in the Jamaican-themed casual dining restaurant since franchising documentation was completed earlier this year.

"I only really started marketing in the second half of this year, and we managed to sign our first franchisee in the first six months and generate a number of strong leads," Matalon told the Financial Gleaner in a phone interview.

He said that the four years it took to establish franchising documentation was typical for a process meant to develop a business model that would rival similarly themed restaurants, such as American TGI Fridays, Mexican-styled Chilli's, and Irish-themed Bennigans.

"The Tracks and Records brand has a dynamism which brings together Jamaican fusion of flavours such as jerk, Red Stripe beer, Blue Mountain Coffee, reggae and the association with Usain Bolt through his ownership within the same walls," said Matalon.

Since the entertainment company embarked on its goal to become a restaurant franchise, it has been restructuring its operations, selling off its Fiction nightclub assets last year and beginning the process of divesting its other nightclub, Famous. A sale of the Portmore entertainment spot is expected to be completed before the second quarter of 2016.

What's more, Usain Bolt's Tracks and Records' one restaurant so far, located in Kingston, posted its first quarterly profit since 2011 during the three months to September 30.

Its parent, KLE Group, also managed to eke out earnings from the nightclub during the period.

As a result, the company recorded $2.6 million in net income for the quarter, albeit KLE still incurred a loss of $32 million for the first nine months of 2015. This was a larger hit to the bottom line than the $29 million loss it posted for the comparative period in 2014.

Revenue remained flat at $48 million during the three-month period under review. This reflected nightclub revenue falling by 44 per cent year-on-year to $4.6 million in the review period and eight per cent growth in sales at the restaurant, which is expected to see its first franchise operator open a location on the north coast of the island this tourist winter season, and.

Management said that in August it changed its operating model from three designated opening nights each week to a promoter model, in which Famous is marketed as a venue.

"This has allowed for significant reduction in operating costs with a major shift from fixed to variable expenses," wrote Matalon in his management discussion accompanying the latest financial statements.

Segment reporting showed that nightclub activities earned $300,000 during the three months to September 2015, which was less than the $650,000 reported for the comparative period in 2014.

The restaurant realised a $1.4 million profit before tax during the review period, compared with a $3.2 million loss in the corresponding quarter last year.

Matalon attributed improved profitability to restructuring, which began in 2014 and which has resulted in a "leaner organisation".

"Further changes will be made to ensure total alignment with the company's portfolio and its strategic direction," he said.

The company is targeting a further four to five per cent reduction in cost of sales, while it increases prices in the last quarter of 2015 to adjust for margin erosion resulting from continued depreciation of the Jamaican dollar versus the greenback.

The opening of its first Usain Bolt's Tracks and Records restaurant on the north coast under a franchise operator is expected to generate foreign exchange income and "alleviate much of the economic strain experienced in the Kingston location".