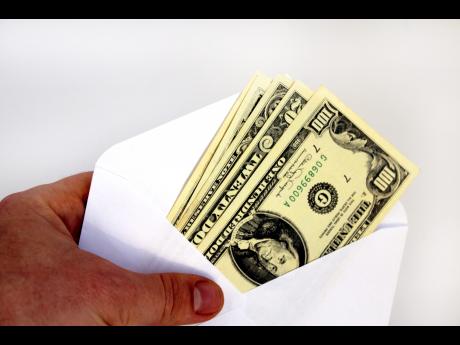 Their objective was to establish a set of principles that up to 2030, would drive the development policy and programmes of governments and national and multilateral institutions everywhere.

One of these goals, Goal 16, is particularly far-reaching and political in its intent. Its aim is to

"promote peaceful and inclusive societies for sustainable development, provide access to justice for all and build effective, accountable and inclusive institutions at all levels".

As with each of the other Goals, UN members agreed that within each, there would be a number of specific targets. In the case of goal 16, one of these was to "substantially reduce corruption and bribery in all their forms".

All of what was agreed is now subject to ratification nationally by every government, but addressing corruption has, when it comes to the SDGs, become a particular and immediate focus. The UN secretary-general, Ban Ki-moon, for instance, in a message to a conference in St Petersburg, Russia last month, emphasised his belief that to achieve the new development agenda, all countries must act to end corruption and bribery.

"Let us forcefully convey the message that when bribes are paid, everyone counts the cost," he said.

The British prime minister, David Cameron, in particular, has been stressing the importance of issue, having led the discussion at the 2013 G8 summit of the wealthiest industrialised countries, which had tax evasion and transparency as its theme.

More recently, one of his major themes when he addressed the Jamaican Parliament was working together to eradicate corruption and encourage greater transparency.

It is an issue that is likely to be voiced with increasing frequency at all international forums; with a global anti-corruption summit due to be convened by Britain in 2016 to which all Caribbean states, including the Overseas Territories in the region, will be invited.

What is driving the need to address corruption is the belief that the issue now goes far beyond the concern that it diverts public and private resources for personal gain. It responds to evidence that corruption has wider damaging implications that undermine development and democracy.

Recent studies by multilateral bodies, NGOs, and academics suggest that corruption is affecting all nations' ability to raise taxes and deliver public services such as education, health care, and infrastructure; is distorting markets; is corroding the rule of law, perpetuating poverty and is undermining institutions and public trust.

There is also concern about the way in it which it is facilitating, in diverse ways, the continuing rise of organised crime and terrorism, and because of the colossal sums involved, may be used ultimately to delegitimise states and undermine global stability.

The most widely quoted figures, used for instance by the OECD in 2014, suggest that corruption now involves US$2.6 trillion annually, or more than five per cent of global GDP; that over US$1 trillion is paid in bribes each year; that it adds 10 per cent to business costs globally each year; and according to the IMF, results in five per cent more investment in nations regarded being relatively corruption-free.

That said, the challenges associated with ending, or even stemming, corruption are multiple and complex.

At one end of the spectrum, the fundamental issue is about personal morality and ethics, while at the other, it requires, in some nations and cultures, overturning accepted entrenched customs and practices.

There are also unanswered questions about addressing the close relationship in many nations among criminality, big business, and power; the willingness of those nations in Europe and North America that speak loudest to demonstrate that they are addressing their own problems; and how best to tackle the largely unstudied subject of personal motivation, which can variously involve greed, ego, a sense of entitlement, a desire for power, or a materialist global lifestyle.

A further very real problem is that it is unclear how under the SDGs, targets are to be established for reducing corruption and bribery, or how the issue is to be monitored and measured.

Although there are a number of existing annual reports the annual corruption perception index produced by the well-respected organisation Transparency International is perhaps the best known it is far from clear whether the statistical bases used in such reporting measure like with like.

Additionally, activities regarded as corrupt take place at all sorts of levels and in many different ways.

In a Caribbean context, examples might include the not uncommon business practice of managing transfer pricing between a company's international entities or through under-invoicing, lessening tariffs and taxes, but it also includes, for example, the subversion by narco-traffickers of those responsible for policing or government.

There is also high-level institutional corruption. For example, in the Dominican Republic, growing concern has been expressed by the country's business leaders about the partiality of the judiciary.

There, the dismissal of recent high-profile politically linked cases has led to the attorney general suggesting that there was a need for the Supreme Court to order an investigation into judges. It has also caused one of the country's respected businessmen, Franklin Baez Brugal, to say at a public meeting, which the president attended, that more checks and balances were required to eradicate the "plague" of political patronage and that the judiciary that could curb these excesses "languishes in obvious institutional weaknesses".

No doubt every reader will have his own domestic examples, but in the last few days alone in CuraÁao coast guard officers have been charged with corruption, money laundering And the possession of narcotics. And the never-ending FIFA scandal has continued with new arrests of those alleged to be involved in widespread corruption at CONCACAF.

Corruption is a scourge and is damaging to all who live ordinary honest lives. However, there is a danger that without greater definition of the approach to be taken, the priorities and objectives that are being proposed will be as seen as self-serving political rhetoric and hypocrisy.

Politicians, for whatever reasons, continue to confuse criminality, security, development, tax avoidance and evasion, and a range of transnational financial and commercial activities when they speak. Even those who are legal but aggressively use the arbitrage of tax and legal differences between jurisdictions.

Greater definition and some clear and deliverable objectives are required, including prosecutions in the countries concerned, if voters are to ever be convinced that change is possible.