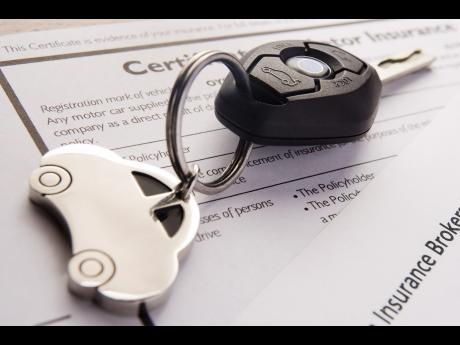 Last week's article produced a lot of chatter. This took place among different groups of persons. This is exactly what I had intended.

Based on the reactions of people with whom I came into contact, the group included consumers, professionals in the business of estimating the values of vehicles and insurance company employees. Their comments ranged from "there he goes again criticising how we conduct insurance" to "based on my experiences, I agree with the opinions that were expressed".

This column, as always, welcomes feedback negative and positive.

I have returned to the subject of valuations this week for two reasons. The first is due to an email from David McKay. David, a motor collision and repair consultant, is managing director of MSC McKay (Jamaica) Limited. He has lots of clout in the insurance industry and is in the business of valuing motor vehicles. Mr McKay is also a former president of the Loss Adjusters Association of Jamaica.

Some persons consumers and insurance professionals alike tend to ignore economic and accounting theory in their discussions about asset valuations. Their focus is often limited to their personal situation or asset. What is an asset? According to an accounting dictionary www.accountingtools.com an asset "is an item of economic value that is expected to yield a benefit to the owning entity in future periods".

Government policies and the laws of supply and demand affect prices.

Mr McKay writes: "I saw your article in The Sunday Gleaner. It was an interesting read and I thought I could shed some light on the above average depreciation in market values over the past two years. In May 2014, the Government of Jamaica reduced the import duty rates on certain classes of vehicles. These reductions varied from a low of 13 percentage points to a high of 31 percentage points, and this effectively resulted in a considerable reduction in the market resale values of the affected vehicles.

"(There is) another factor in the above average depreciation (rate) being experienced is the current state of the local second-hand motor vehicle market. It has been a buyers' market for some time now and there is actually an oversupply of particular model vehicles, which has helped to further depress resale values. It is interesting to note that although there has been a steady depreciation of the JA$ against the US$, used car prices have consistently trended downward based on market conditions. We have also noted that the asking prices on most used-car dealer lots for later model Japanese Domestic Model (JDM) vehicles are usually less than the calculated cost to purchase the vehicle in Japan and import them here.

"Your article noted that the last valuation done on the subject vehicle was in May 2013, some two and a half years ago. Most Insurers no longer request a valuation on renewal each year, but opt for every two years. Based on prevailing market conditions, this extended valuation requirement ultimately results in vehicles being over-insured, with the Insured paying too much in premium charges. When a total loss situation occurs, say, a year and a half after the last valuation, this usually results in quite an unpleasant surprise for the Insured."

Putting in a plug for his company, Mr McKay concludes: "Our valuations are directly reflective of existing market conditions and ensures that the Insured is properly covered in the event of a total loss. This will not hold true if an updated valuation is not done each year upon renewal of the insurance policy."

Significantly, Mr McKay did not express disagreement with the substantive point that I made in the article: Valuations should not be taken as gospel in the absence of reasonable, credible and transparent assumptions.

I own a few shares in The Gleaner Company. As is public knowledge, this company has entered into an arrangement for the merger of its media businesses with those of Radio Jamaica Limited. The calculation of the fair market values of the two companies is an important feature of what is described as a "scheme of arrangement for amalgamation" which requires shareholders' approval and the consent of the courts.

When I wrote in last week's column that "valuations should not be taken as gospel in the absence of reasonable, credible and transparent assumptions", I had not read the booklet that the Gleaner had sent to its shareholders.