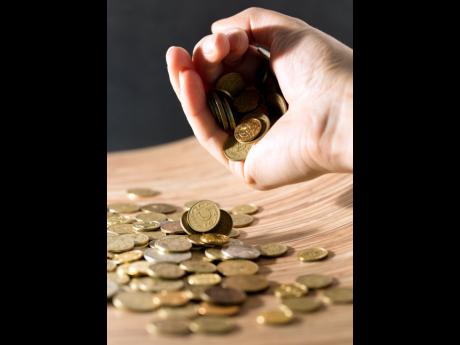 Women in Jamaica earn 60 per cent of their male counterparts' pay, which, alongside other disparities, has contributed to the country's fall in the rankings to 65 in the Global Gender Gap Report 2015.

The overall rank of 65 equates to one of the worst in the Caribbean. Barbados topped the region at 24, Cuba at 29 and Trinidad & Tobago at 46. Iceland led the list of 145 countries analysed in the report published late November by the World Economic Forum (WEFORUM), a non-aligned Europe-based intellectual group.

The pay-gap report, now in its 10th edition, indicated that Jamaica continues to worsen from its peak ranking of 25 among 115 countries in 2006, then dipping to 52 in 2014, before free-falling this year.

"Jamaica has dropped 13 places on the 'Economic Participation and Opportunity' sub-index, mostly due to recently available data for the number of female legislators, senior officials and managers. It has closed the gender gap fully on health and survival and is the most-improved country of the region on this sub-index since 2006. It has also improved on political empowerment but is the region's least-improved country on economic participation and opportunity and on the overall Index," the report stated.

Jamaica scored low in the sub-rank of females in Parliament at 109. Additionally, it scored 25th in terms of the years in which the country has held a female head of state. While Jamaica has never had a female head of state, its head of government has twice been a woman - Portia Simpson Miller. However, the working definition of 'head of state' in the WEFORUM report includes prime ministers.

Interestingly, Jamaica scored the best in the world in the sub-rank index of females enrolled in tertiary education.

WEFORUM indicated that while most areas in the world saw a reduction in the gender gap over the last decade, the disparities in political empowerment remained the widest.

"The magnitude of national gender gaps is the combined result of various socioeconomic, policy and cultural variables. Governments thus have a leading role to play, as the closure or continuation of these gaps is intrinsically connected to the framework of national policies in place.

The Index does not seek to set priorities for countries, but rather to provide a comprehensive set of data and a clear method for tracking gaps on critical indicators, so that countries may set priorities within their own economic, political and cultural contexts.

In addition, governments must align their efforts with those of business and civil society to foster growth that includes both men and women," said Klaus Schwab, founder and executive chairman of the WEFORUM, in the report's preface.