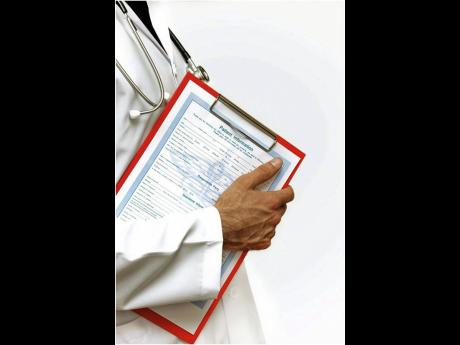 (A section of this column was inadvertently omitted last week).

Question: Our health system has come under a great deal of scrutiny in recent times. The bacterial infection of 42 premature babies followed by 19 deaths at two public hospitals were the two triggers. Audits carried out at some hospitals before news of the infections were made public indicate a system under acute stress. Calls have been made for reform, including how the cost of health care is financed. Reports say that some parents of the infected babies are also facing huge medical bills. Is universal health coverage a realistic proposition given these happenings?

Answer: I did a double take after I read your question. It wasn't, after all, the typical query that most persons pose. Seek inputs from actuarial professionals was one thought. That idea was quickly scratched. I would look like a complete idiot if I relied solely on what these experts said. This column bears my name - not theirs. I decided to craft a response based on research that I did. The opinions would be mine. They would be complemented by the experiences of persons that I knew who had come into contact with the health system. When I sat down before my computer, I recalled an important fact. In 2007, I carried out a study to see if the cost of health care could be made more affordable through the expansion of the private health insurance market. The creation of profits for potential investors was also a motive.

Universal coverage or universal health coverage is defined by the World Health Organization (WHO) "as ensuring that all people can use the promotive, preventive, curative, rehabilitative and palliative (i.e., pain-killing) health services they need, of sufficient quality to be effective, while also ensuring that the use of these services does not expose the user to financial hardship." It is not limited to the business of health insurance and the making of profits for shareholders. This term implies:

• "equity in access to health services - those who need the services should get them, not only those who can pay for them;

• "that the quality of health services is good enough to improve the health of those receiving services; and

• financial-risk protection - ensuring that the cost of using care does not put people at risk of financial hardship."

This type of coverage "brings the hope of better health and protection from poverty for millions of people, especially those in the most vulnerable situations." Aspirants to political office should be talking to voters about policies to achieve universal health coverage at their rallies instead of prancing about on platforms and spouting lyrics that promote violence.

Some basic facts about the local situation:

• Eight out of every 10 persons do not have access to health insurance.

• Health insurance plans have limits. Persons who subscribe to these plans often have to find funds from their own resources to fund medical procedures.

• Most health plans are bought by employers.

• According to the Insurance Association of Jamaica, in 2014, health insurers paid out $14.2 billion in claims.

• Information on the streets suggests that some elected officials have access to top-of-the line health insurance plans. There was a report two Thursdays ago that about 1,000 athletes will get health, group life and personal accident insurance funded by the State.

• Some persons that suffer from chronic diseases receive subsidies on the costs of their drugs.

• Persons who do not have access to health insurance avoid treatment and sometimes die because of their inability to fund the cost of treatment. Others rely on the generosity of their families and friends and other coping strategies to pay for their treatment.

People in most countries, according to WHO, "rate health as one of their highest priorities." This is behind such factors as unemployment, low wages and a high cost of living. Timely access to health services cannot be achieved, "except for a small minority (as is currently the case in Jamaica), without a well-functioning health financing system."

In its report, Health Systems Financing: the Path to Universal Coverage, WHO identified three barriers that restrict countries like Jamaica from moving closer to universal coverage. These were:

1. Availability of resources: no country, no matter how rich, has been able to ensure that everyone has immediate access to every technology and intervention that may improve their health or prolong their lives.

2. Universal coverage places an over-reliance on direct payments at the time people need the care.

3. The third obstacle is what WHO describes as "the inefficient and inequitable use of resources." It estimated conservatively, that 20-40 per cent of health resources were wasted. When this benchmark is applied to the budget that was allocated to the health ministry during the current financial year, $50.2 billion, the waste amounts to $10 billion to $20 billion. Significantly, waste was not listed as an area of weakness in the health ministry's 2015-18 strategic business plan even though underfunding of the sector was identified.

The development of "health financing systems that support moving towards universal health coverage" is one of the priorities in the Health Ministry's strategic business plan. It is hoped that this will be translated into action sometime very soon. Improving access to health care will require the inputs of many players in order to solve what is a very complex set of problems.