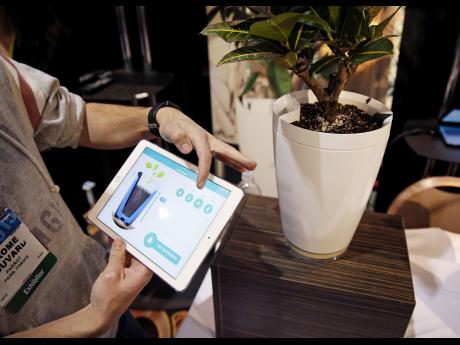 Have you ever been in a meeting when, after only a few minutes, you realise that your precious time is about to be wasted? Social pressure may keep you rooted to your chair until it's safe to leave, but how should your organisation prevent valuable hours from being lost from the outset?

In my last column, I addressed the problem of email abuse in organisations while offering immediate solutions, plus a few from the future. In this article, I turn to another problem that's similar. Meetings have the potential to waste thousands of hours but the average company does little to prevent the loss. Here are three suggestions.

1. Use technology to focus meetings

You may know what it's like to see a meeting start off on the right foot before veering off into a vast, random wasteland. To help keep your team on track, download an app that displays the running, total meeting cost. Most apps measure it by multiplying the average cost of an attendee by the total number attending. The results are shown in real time on a laptop or mobile device.

Try Meeting Cost Meter, available via the Android platform. It's simple, but it amplifies the thoughts everyone has at these moments: "How much are we wasting?" and "What else could I be doing?"

2. Use technology to assess meetings

After the meeting ends, most people shy away from giving the facilitator direct feedback. This website, accessible via smartphone, takes away the social challenge - http://www.surveygizmo.com/s3/625708/f29cbacc0c28

It offers a straightforward opportunity. At the meeting's end, attendees fill out a form, then the programme tabulates the facilitator's results. The fact that the feedback is anonymous and the app is easy to use should make it an irresistible tool. However, few organizations demonstrate the will needed to implement it. "Too controversial," they may say as they continue to flush precious time down the drain.

Steve Jobs was famous for keeping meetings as small as possible. According to Ken Segall, author of 'Insanely Simple - The Obsession that Drives Apple's Success', Jobs openly (and sometimes abruptly) dismissed people who weren't needed. Today, in most organisations, anyone can call a meeting without ever declaring its purpose with clarity. Furthermore, anyone is allowed to attend, even if their added value is questionable.

In the future, to keep meetings tight, I imagine that each employee will receive a meeting budget, measured by time units. Whoever sets up a meeting would see a subtraction from their annual budget, modified by the meeting's duration and the number/level of the invitees.

Also, a meeting called without defining its purpose, agenda and logistics would incur a greater deduction. At year end, employees would review their budget vs. actual expenditures with managers, in order to make adjustments and receive direct coaching.

These technologies may work because they reverse some of the same problems companies have with email usage. Here is a shortened list:

- Once you are invited, it is hard to ignore or dismiss the meeting without incurring a social cost. Politically, it's often easier to go along with a bad meeting that serves no purpose than it is to put up a fight.

- The cost of bad meetings is hidden and shared, so no single person is ever held accountable. Imagine if there were a public scorecard showing your performance as a meeting convenor.

- People who hold bad meetings are never coached to become better. They suffer along, never knowing that it's a skill that can be dramatically improved.

But you don't have to wait for all these technologies to be ready. Start by implementing these three suggestions right away.

1. Include meeting management as a component of performance review. Implement the after-meeting app/feedback tool, using it as a measure of individual performance.

2. Make it clear that meetings have a cost. Encourage employees to download the meeting cost app and help them use it every time. Periodically, advertise the total time spent in meetings to promote a new level of vigilance.

3. Train all employees in the best practices for leading meetings, including top executives. (They are guilty of calling some of the worst meetings I have ever attended.) Never assume that successfully managing meetings is just common sense.

In my November 22nd article on the Japanese post-War turnaround, I explained that the country's factories succeeded by cutting operational waste. It was a novel technique that helped Japan became a world leader, partly because the approach could be used in so many ways, in so many industries.

Jamaican companies use meetings and email inefficiently, but we can adopt available technologies to make them better. Perhaps it would lead to other improvements that are hard to imagine, such as a renaissance in productivity plus an impact on GDP. Let's find out by paying attention to a cost that's fully within our control.

Francis Wade is the author of Perfect Time-Based Productivity, a keynote speaker and a management consultant. Email columns@fwconsulting.com