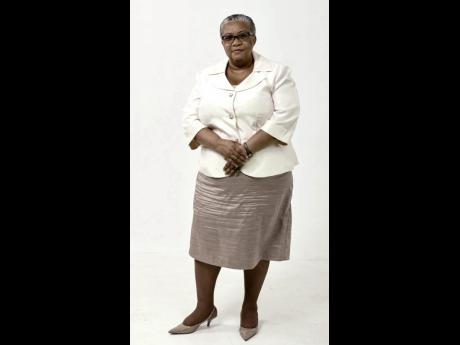 We are not going to call Marlene Street Forrest a badass because that's not a word typically found in the columns of this newspaper, and her pastor might object.

We're not going to say she has kicked the world's keister because that is not polite language and it's around a 97.36-per cent certainty that Street Forrest herself would find the optics off-putting.

But we are going to give a big shout-out to the petite dynamo who led the Jamaican stock market to the top of the world standing for growth in 2015, an outcome in which the company she leads also figured prominently.

Few may have noticed that the Jamaica Stock Exchange Group, for which Street Forrest is general manager, also delivered the best performance in stock price growth - 1,085 per cent - on the very exchange that JSE oversees.

Street Forrest is one of a very tiny group of women across the globe that manage stock exchanges. Reports last year indirectly referenced three women - one of whom is in Mumbai, India - but did not name them all.

That's not to say the JSE is on a tear because its head honcho is female, but it sure feels good.

The JSE main index gained 97.36 per cent to close the year at 150,692. It took a decade to shatter the old historic high of around 120,000 points. The combined index, which includes the main market, the junior market and the US Dollar market, advanced by 102 per cent to 158,269 points last year. The main index gives a better read of the market's advancement over the last decade as the junior market debuted around six years ago in 2009, and the USD platform was unrolled in mid-2011.

Likewise, the value of stock market holdings otherwise called market capitalisation skyrocketed to around $700 billion in 2015 from $332 billion a year earlier and has continued growing into the current year.

It's still shy of the $820 billion of market cap recorded in 2008 albeit, those numbers included two large-cap cross-listed stocks that have since delisted so Street Forrest has one more record to shatter.

Implicit in last year's numbers is that a lot of stock market wealth changed ownership and lots of investors got richer. Some $73 billion of wealth was traded via the JSE, or twice the $35 billion traded in 2014 and the $32 billion traded in 2013. Those numbers reflect ordinary share trades only.

The Heineken acquisition of beer maker Red Stripe last October has been credited with lighting up the market, but the spark was already lit a month before in September when trades on the main index suddenly exploded fivefold beyond their monthly average to more than 570,000 units. No other month before or after came close.

Already, Scotia Investments Jamaica has blasted out press releases trumpeting that it brokered 47 per cent of volume trades in 2015. Pundits and analysts, too, have pointed out that the market is reacting to various factors a return of confidence in the economy because of an IMF-backed rescue programme that remains on track; the search for investments that offer attractive returns in a low-interest rate environment; and the gap created by the Jamaican Government's retreat from the domestic debt market, which has forced cash holders to find alternate avenues for investment.

The pundits are not wrong. But leadership also counts. A lot. And Street Forrest is known to all as untiring and unrelenting in her push for a more accessible and transparent market, and devising initiatives alongside her team to achieve them.

Not all of the products have resonated corporate bond listings are yet to catch fire, for example but under her leadership, an online trading platform is now available to all to test their skills at trading and investing in stocks. It's a critical tool with reach into households that any Jane or Joe can utilise. Somebody should market it better.

The junior market, too, has opened up a track for small companies and upstarts to raise capital for their businesses.

Still, too much of stock market wealth is concentrated in too few hands. It is the norm for 'top ten' shareholders to own 80 per cent, 90 per cent of listed companies, even when there are thousands of stockholders; while most of the rest is held by other large investors and the super-rich.

The brokerage community itself has demonstrated little creativity in making room for small investors. Scratch that. They have shown close to zero interest.

Perhaps an adjustment of the ratio of a company's shares that must be floated in order to qualify for listing on the JSE, from the current 20 per cent to, say, 33 per cent, might be in order; and/or the rules rejiggered to incentivise individuals to buy stocks.

The JSE also has to get way more aggressive with its efforts, and perhaps incentives, to encourage new listings beyond the 73 ordinary and preference stock that grace the market. As an aside Dear Peter, more incentives are needed, not less.

Still, the market is not static just slouchy and new growth is expected this year. Two juniors listed on January 7 and more are pending. The JSE will also add another dimension when the first offerings of foreign-linked stocks known as depository receipts are introduced. The first set of depository receipt IPOs are expected by February.

In case you're wondering, yes, the stock market is still growing. The main index hit 160,847 points on Wednesday and the combined index 172,940 points; while stock market wealth has been climbing at a clip of $7 billion per trading day so far this month to reach $749 billion at midweek.