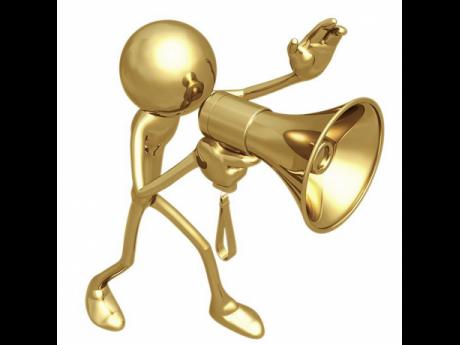 When we are young we learn to believe that the more you appear to know, the better.

It's only later in life, working closely with others, that we realise the belief is quite limited. In this column I explore why local executives must set it aside in order to produce extraordinary results.

I pride myself on knowing a lot of stuff. I'm my father's son, as he came closer than anyone I know to being what Malcolm Gladwell calls a 'maven'. This persona helps messages go viral by not only knowing a great deal, but also having the social skills to spread it widely.

However, I have learned from observing executives closely that it's easy to take this childhood lesson too far. Some of them, as you may know from firsthand experience, are quite obnoxious. They fight for the intellectual limelight, making sure that everyone around knows how much they know. Speaking confidently on a wide range of topics, they demonstrate an extroversion which puts them at the forefront.

While there's nothing wrong with winning, executives who insist on appearing to know the most often don't see the effect they have on employees. Unfortunately, those who are affected shut right up as they mutter dark oaths under their breaths like: 'Mi nah say nutten' and 'Mek him tan deh'. Important and even critical information is overlooked as mistakes are made - sometimes big ones.

What should you do, as an executive or up-and-coming manager, if you suspect that you are acting as the one who has all the answers? Here are two simple exercises.

1. Learn to Have a Beginner's Mind

Have you ever responded to someone's advice or information alert with a hasty: 'I already know that!' Then, unable to resist the temptation to prove your assertion, you added on some obscure facts in order to demonstrate your superiority.

Try this instead. When someone approaches you with familiar ideas or content, simply say: 'Thank you'. Resist the impulse to prove your knowledge. Replace it with a response well known by therapists: 'Tell me more about that'.

At first, if you are a real know-it-all this will feel like biting your tongue, even dishonest. As you restrain yourself, fight to listen for fresh ideas you can learn from, especially if you have expertise in the area.

The benefit: Learning something new that may help you and your organisation.

Improvisational theatre is a live, comedic stage performance in which all of what is said is created in the moment. (See TV's 'Whose Line Is It Anyway?' as an example.)

To outsiders it appears to be magical, but insiders say there are actually clear rules. One of them is to never, ever rebut or deny what someone has just said. Instead, continue on the same topic, adding to the prior remark. Apparently, doing so keeps the momentum flowing.

It takes years to perfect this potentially terrifying kind of theatre, but you can start using it right away. The next time someone comes up with a 'stupid' idea, give it wings and see what happens. Take it all the way to its logical conclusion. Sometimes it will die a quick death but it may take the conversation in an unsuspected direction that can produce new answers.

Neither of these techniques is easy to learn, or to use, and you may even feel clumsy or foolish the first time out. What makes them difficult, from my experience, is insecurity. When someone starts to tell me information they think I don't know, but I actually do, I experience just a twinge of fear.

In that moment, I feel as if I hesitate to correct them in the mid-sentence, they may start to think I am ignorant. In my worst moments, I can't help myself and I jump in, cut them off and prove that I do know, that I am not inferior.

Actively setting these feelings aside isn't easy, but the reasons to do so are abundant. Beyond the need to develop a certain humility, there is also a benefit to the other person. When I was trained by CoachU and Landmark Education in the art of individual and group coaching respectively, I was taught not to give answers. Both organisations pioneered a way of leading by asking questions a variation on the Socratic Method. The idea is that when you let people find their own way, you strengthen their inner capacity to tap into their own wisdom in the future.

In order to help them do so, as an executive, you must sometimes hold back your opinions and thoughts in the hope that something deeper can emerge, such as powerful leadership or better answers. In this sense, a much wider purpose is being served than your self-interest. In these enlightened moments, everyone benefits as you demonstrate a new level of self-awareness and restraint.

Francis Wade is a management consultant and author of 'Perfect Time-Based Productivity'. To receive a free summary of links to his past articles, send email to columns@fwconsulting.com