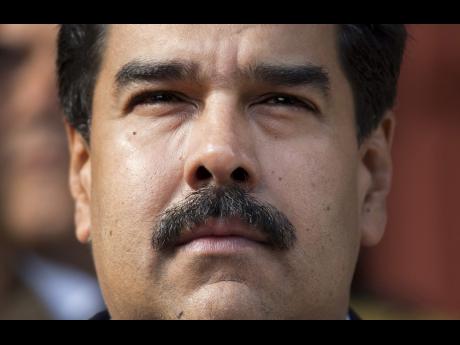 Venezuela LAST Friday released its first economic data in more than a year last Friday, showing an economy in shambles and inflation at a historic high.

The Central Bank, for the first time, acknowledged what analysts have long said - that annualise inflation has surged into triple digits.

The bank said the economy contracted by 7.1 per cent in the 12 months ending in September 2015, and inflation reached 141.5 per cent.

Ahead of the surprise data release, President Nicol·s Maduro said he would declare an economic emergency giving him 60 days to unilaterally enact sweeping reforms. The decree will be debated in the newly seated opposition congress next week.

The announcements came just hours before he was expected to deliver his annual state of the nation report.

Interest in the speech is high partly because it will be the first time in 17 years of socialist rule that a president delivers his annual remarks to a congress controlled by the opposition.

Venezuela, which has the world's largest oil reserves, has suffered enormously as the price of oil has crashed from above US$90 a barrel two years ago to just $US24 last Friday. Analysts say that means Venezuela is getting dangerously close to just breaking even on the oil it produces, which accounts for 95 per cent of export earnings.

In its press release, the bank officials blame a widely used website that tracks the black-market rate of the BolÌvar and other participants in an "economic war" for the soaring inflation rate.