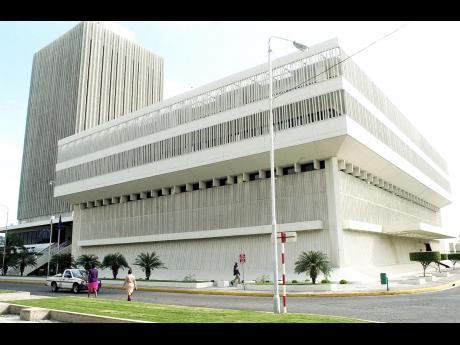 The International Monetary Fund (IMF) has proposed that the Bank of Jamaica (BOJ) use the additional space created by a loosening of programme targets to inject liquidity to support the real economy.

It has also called for a more decisive easing of monetary policy, saying that a looser monetary stance will complement fiscal policy in supporting job creation and growth.

With inflation at low levels, the policy rate reductions and the narrowing of the interest rate corridor are important steps in signaling the BOJ's policy intention for a looser monetary stance, said the Fund in its December 2015 country report on Jamaica.

It noted that the recently introduced 14-day repo or repurchase agreement auction is a welcome step in strengthening the liquidity provision framework.

However, despite those policy changes, liquidity conditions in the financial sector have tightened, given that the BOJ is not fully sterilising its recent foreign exchange sales.

"The 14-day repo rate has increased, driving a wedge between the BOJ policy rate and the market rate, and potentially generating mixed policy signals," it added.

The report said that ongoing weak economic growth and low inflation call for a more decisive easing of monetary policy, while remaining cognizant of the need to accumulate reserves.

"To facilitate this, staff has proposed a loosening of programme targets to allow for a faster pace of base money growth, creating room for greater private credit growth," the report said.

"The BOJ should actively use this additional space and inject liquidity to support the real economy," it said, adding that liquidity conditions could also be improved by relaxing the sterilization associated with future foreign exchange purchases.

The report said that to improve the transmission of the policy rate cuts to the real economy, the BOJ should move towards a clearly defined interest rate corridor by consolidating the two liquidity facilities that form the interest rate ceiling and merging the two facilities at the floor, and use its liquidity operations to steer short-term rates to the middle of that corridor.

"Clearly communicating the BOJ's objectives and defining an operational target (which could be a point or target range for a designated short-term interest rate), combined with continued exchange rate flexibility, will further strengthen the signaling power of the BOJ's policy actions and boost policy credibility," the IMF report said.

It added that the BOJ considered that its current monetary policy intention has been clearly communicated through the downward policy rate shift and narrowing of the interest rate corridor.

It also noted that, guided by IMF technical assistance, the BOJ is developing a comprehensive strategy to improve the effectiveness of its liquidity management framework and enhance the monetary policy transmission mechanism.

In the coming months, it said, the central bank will need to continue purchasing reserves, and its foreign exchange market sales should continue to be used only to curb excess currency volatility.

The report said Jamaica's gross reserves are projected to exceed 100 per cent of the IMF's reserve adequacy assessment metric by the end of the programme period.

But to achieve the projected reserve level, additional net foreign exchange purchases are required during fiscal year 2016-17, it said.

Currently, it said, around US$1 billion of reserves - or a third of the current stock of gross reserves - is borrowed from commercial banks by issuing US-dollar certificates of deposit with an average residual maturity of 2.5 years.

Further market purchases of reserves would lessen the reliance on borrowed reserves from domestic banks, the report said, adding that such purchases should take place through fixed-volume auctions which will help facilitate the development of the foreign exchange market.

The report said that over the medium term, the BOJ should gradually lower its foreign exchange surrender requirements and, instead, move towards relying on market purchases as the main tool for reserve accumulation.

"All of this will require limiting FX sales to only smooth lumpy transactions that would otherwise create unusual market volatility," the IMF report said.

Nominal depreciation should, at a minimum, offset the inflation differential with Jamaica's trading partners so as to preserve the competitiveness gains made so far under the four-year programme, it added.

"The authorities agreed with the importance of further refining the FX management tools, but emphasized that these reforms were complex and would take time," the report said.