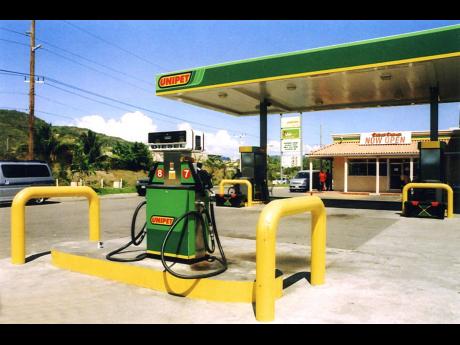 Johnson's Petroleum emerged preferred buyer of rival United Petroleum - Unipet - on January 28 and the parties now say they expect to finalise the deal by the end of this month.

The bid price was not disclosed, but Lynford Johnson, owner and chairman of Johnson's Petroleum Holdings Limited, says he will be financing the acquisition from internal resources and additional backing from First Global Bank.

GK Capital Management, a sister company to First Global, is arranging the transaction on behalf of Unipet's expansive base of owners in what is Jamaica's first home-grown petroleum marketing company established in 1991.

Well-placed sources say that GK Capital got indicative interest from 20 prospective buyers, of which 10 were deemed to be serious. The 10 were later whittled down to three - Total, West Indies Petroleum, and Johnson's.

Johnson said he bid because he wanted the company to remain in local hands. He is not among the original Unipet owners.

Unipet has seven petrol stations in its network that spans Kingston, Manchester, St Catherine and St Elizabeth. Four locations of the petrol stations - Lyndhurst Road and Slipe Pen Road in Kingston; Gregory Park, St Catherine; and Mandeville, Manchester - are owned directly by the company. The other three - Porus in Manchester; Black River, St Elizabeth; and Summerfield, Clarendon - are owned by independent retailers.

Lyndon Johnson plans to retain both brands citing the need to exploit brand loyalty among customers.

"There are persons who may be loyal to Johnson's and those that want to be loyal to Unipet so despite the change in ownership we want them to continue along those lines as we grow the business," he said.

The complex Unipet ownership structure sees it 80 per cent owned by Hagley Park Holdings Limited, which in turn is owned by about 40-50 persons that have current and past connections to the petroleum trade. The other 20 per cent is owned by 12 individuals, six of whom are deceased.

Chairman of Hagley Park Holdings Aston Hobbins confirmed earlier reports that the dwindling cadre of directors wanted to get some returns on their investment. The prospective sale of Unipet was first reported last May.

"Our ageing shareholder population was anxious to maximise their returns. I am proud of the company that we have built and the shareholders of Hagley Park Holdings are glad to have been able to bring in Johnson's Petroleum as the new owner of Unipet because we know that with Johnson's Petroleum at the helm, Unipet will have a bright future," said Hobbins, who was quoted in a release to The Gleaner on the private signing ceremony.

"Rarely do you find a transaction where both parties are extremely happy at the end of intense negotiations but we are in a unique position where that is the case here," he said.