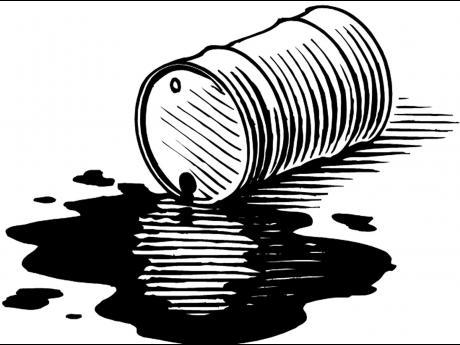 The Government of Jamaica, especially our Minister of Finance Dr Peter Phillips, loves to tell the country that we have had the lowest level of inflation for over 40 years.

The governor of the Bank of Jamaica sings from the same sankey and uses the same words and phraseology. The narrative is coached in phrases to convey the message that the Government has been really very good at managing the economic affairs of the country.

The Government seeks to take full credit for this achievement and, at best, a passing reference is made to the dramatic fall in oil prices since about June of 2014.

Poor King Salman of Saudi Arabia - an enormously rich ruler from the lead oil-producing nation in OPEC - gets no credit from Dr Phillips and his Government as both try to use every manifestation of success to burnish their image in Jamaica. These days, all praises seem to come from foreign sources, except from Saudi Arabia.

Yet, it was King Salman's market-share-recovery-and-dominance strategy that led to the quick and quite precipitous fall in oil prices. This, in turn, brought great benefits to the Jamaican balance of payments position and significant downward pressure on our once very stubborn inflation figures. These developments had nothing to do with either Peter Phillips or Prime Minister Portia Simpson Miller's management of the Jamaican economy.

According to Bank of Jamaica published reports, oil prices fell from US$115 per barrel to US$63 in the 12 months to June 2015. This was the time the Government and the Bank of Jamaica purchased the hedge at about US$66 and, since then, oil prices have continued to head deep south and is now hovering at the high US$20 to low US$30 benchmark. The hedge transaction is underwater and although not submerged, the prospects are not good, given expert projections of about US$47 per barrel by the end of the year, which is about when the call options expire.

In the first six months of 2015, according to the Bank of Jamaica, the country's oil import bill was reduced by over US$400 million ($48 billion). While any savings were hard to be recognised by the consumers because of the finance minister's relentless desire to tax Jamaican citizens, the drop in oil price had the effect of slashing Jamaica's current account deficit to US$44 million for the first six months of 2015. The savings continue to mount up and the balance of payments position and inflation numbers are all going in the right direction.

Lots of thanks to King Salman of Saudi Arabia, who has made it very clear that's his kingdom will continue the produce oil at a rate of 10.5 million barrels per day.

Weak market demand and an oil glut, which will be exacerbated by Iran's re-entry in March to the market with 500,000 to 600,000 barrels per day, have no effect on the King's pumping and market share decisions. The PNP government has also had the privilege to manage the Jamaican economy at a time when our largest trading partner with the biggest economy in the world by far, the United States of America, recovered substantially from the subprime economic debacle which started on September 14, 2008 with the collapse of the 150-year-old Lehman Brothers investment bank in New York City.

Contrast the lucky position of the Portia Simpson Miller-led Government since January 2012 to the dismal economic reality that the Bruce Golding-led Government had to face between 2007 to the end of 2011. The then JLP Government had to face and deal with the worst world recession in 80 years as well as the rapidly contracting world economies from the United States to most everywhere around the world - with possibly China as the noticeable exception.

Still, despite these very difficult and clearly identified economic circumstances, and after suffering some quarters of contracting economic growth, the last JLP Government was able to keep the currency stable at approximately $86 to the USD for the final two years in power. In the last year of Government, the economy recorded a growth of 1.7 per cent - an annual rate not seen since the PNP came to Government at the beginning of 2012.

This PNP Government has had a wonderful windfall of good luck.

So who are the beneficiaries of this Saudi Arabian-engineered largesse? Surely, one of those is the Jamaica Public Service Company. Another is the importers of petroleum products, and the government coffers should have swelled to the point of reducing some taxes.

One group that should have had maximum benefit but has had relatively little is the Jamaican consumer. Instead, consumers have had to bear an additional $7 per litre tax and about half of the collection was sunk in that up-to-now ill-fated oil hedge. And from that exercise, a big New York City-domiciled bank became another beneficiary as it was paid about half of that expected tax revenue of $6.4 billion to book the hedge for the Government. The poor Jamaican taxpayer!

Yet, the Honourable Peter Phillips objects nationally and most strenuously to the opposition leader's commitment and plan to raise the PAYE threshold exemption to those employees who earn $1.5 million or less. The $7 per litre gas tax should never have been implemented in the first place.