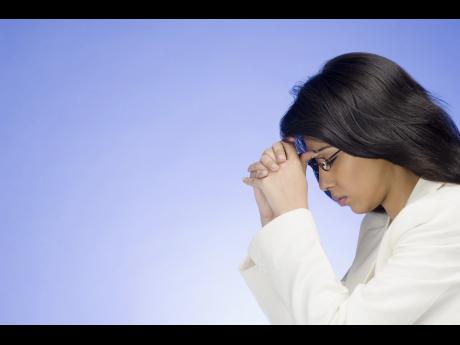 It was inevitable. The politicos have strapped on their best political gear and are promising the world - meaning many, many jobs - to score votes in the upcoming polls.

Peter Phillips is touting 100,000; Audley Shaw and Andrew Holness has one-upped him with 250,000. But chances are none of them will be able to deliver. History is a hell of a guide on this one.

Here's something far more achievable and within their pay scale - pay equity.

Late last year, we learnt that in Jamaica women are valued at 60 per cent of men. What that means is for every dollar earned on average by a male, a woman earns 60 cents. No one can be comfortable with that statistic, even if Jamaica is no different from the rest of world in how women in the workplace are valued.

Even the grand old USA values women at 78 per cent of men. But there, it is a conversation piece and a policy issue that Barack Obama began addressing as soon as he entered office back in 2009 and Hillary Clinton has promised to tackle, were she to be elected president.

Here on the rock, the issue is on no one's agenda. In fact, when The Gleaner reported on the pay gap from a newly released global report, the PSOJ and coalition of Women Business Owners (WBO) released such a weak-kneed statement calling for the issue to be addressed that it was almost embarrassing.

Note that these are the people who employ and pay men and women, and whose practices create said gender gap.

"The members of WBO are employers in various sectors of our economy such as technology, finance and manufacturing, and they are seized of the importance of working as a nation to close this gap in the realisable future, with the goal of eliminating it in our lifetime," the statement read.

One would have expected big business to promise an overhaul of compensation policies and to commit to parity. That does not require a lifetime.

Still they get kudos for even acknowledging it as an issue unlike, say, the Office of the Prime Minister, which is responsible for gender affairs and headed by a woman, but didn't even bother to comment.

Data on pay equity is a little difficult to come by, so it is hard to say with any degree of certainty why the gap is so wide and in what areas it is most egregious.

Essentially, Jamaican men are paid at nearly twice the rate of women. We can guesstimate that tradition and societal views of men as breadwinners account for the persistence of a gap if not the size of the chasm. But anecdotal evidence also suggests that women are not as aggressive at demanding pay equivalent to their value as men are at demanding compensation beyond theirs.

Additionally, men tend to make salary decisions inside corporate Jamaica, even though human resources departments are mostly represented by women. And at the tippy top, executive salary is set by male-dominated boards.

Women are now breaking through the corporate and boardroom glass ceiling, albeit slowly, but there is evidence that the revolution has not yet extended to compensation packets, based on an analysis of CEO base pay. It pains to say that while Jamaica's No. 2 bank and second most profitable stock market company is run by a woman CEO, her base salary pales in comparison to some male bosses who command fewer assets than she controls and deliver way less profit. It is even more painful because the bank also has a female chair.

Using the Human Resources Association of Jamaica's membership list as proxy, women are leaders in 86 per cent of HR departments, compared to 14 per cent men.

But while such departments are responsible for recruiting talent, they usually do not have the final say on pay, or are just required to rubber-stamp decisions by other heads of departments.

What all this suggests is that the issue needs a policy prescription. But for that to happen, the right politician has to see value in getting it done.

It should matter to someone that women are increasingly the heads of their households, that they fight to educate themselves, that they deliver value equivalent to or better than their male peers, and that, yes, they are primary breadwinners.

To put it more boldly, women are an economic force.

So here's a suggestion to the politicos: Stop telling Jamaicans that you will deliver tens of thousands of jobs - they only laugh at you anyway - because everyone knows the work actually created is usually temporary or ephemeral and poorly paid.

Focus instead on levelling the field for everyone through parity laws, so that when the private sector creates the jobs, they are incentivised to act without discrimination. Or penalised if they don't. You choose.