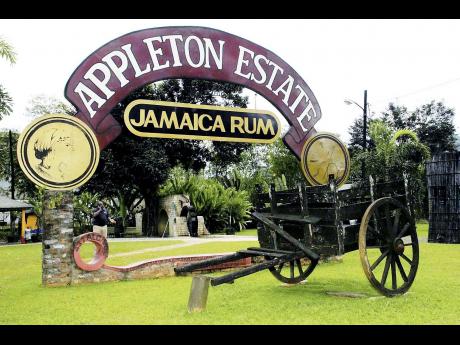 J. Wray & Nephew Limited is challenging a Supreme Court order barring discharge of effluent that does not meet trade standards from its factory at Appleton Estate into two rivers in the parish of St Elizabeth, pending the resolution of a lawsuit filed by a fish farmer.

Commercial fish producer Algix Jamaica Limited has alleged that contamination by the effluent could deliver a lethal blow to fish farming in the region.

Algix contends that if the contamination of Black River and Elim River wiped out its facility, then there would be no other functional industrial scale fish farming in operation in the area, and that it would force Jamaicans to import additional fish, using hard currency to satisfy local demand.

Patrick Foster, QC, who is representing Wray & Nephew, opposed the application for an injunction, but Justice David Batts ruled in favour of Algix, and ordered that the injunction remain in place until the case is tried in the Supreme Court.

Wray & Nephew has since filed an application asking the Court of Appeal to set aside the injunction on the basis that Justice Batts erred in his finding that Algix has shown a strong probability that its property would be adversely affected by the discharge of effluent.

In its affidavit to the Supreme Court, Algix said that contamination in its ponds took place several times last year and fish died; that the remaining brood stock was completely wiped out on March 28, 2015 due to contamination caused by effluent discharged by Appleton Estate.

Wray & Nephew is contending that on March 27, 2015 it received from NEPA and Algix Jamaica information of the reported fish kill and it conducted scientific tests. It said that from the tests it was unlikely that the discharge from Appleton Estate would have the deleterious effect complained of.

Justice Batts said it was clear that the experts' conclusions were at variance.

In outlining his reasons for granting the injunction, Batts said: "The claimant has invested a great deal in its fish. The fish require water of a wholesome nature from the Black River to survive. It will only take one or at most two incidents of tainted water to kill those fish. The claimant will then stand to lose not only the fish but its reputation as it will be unable to fulfil contracts already entered into."

He also noted that Wray & Nephew's factory was currently idle, and that the sugar and rum producer may not have all its permits.

In siding with Algix, Batts said that while it may be costly, there are interim measures available to Wray & Nephew to deal with the trade effluent discharge.

The order bars Wray & Nephew from discharging effluent that does not meet the standards set out in Table 3 of Schedule III to the Natural Resources Conservation (Wastewater and Sludge) Regulations 2013.

Batts also ordered that a case management conference be fixed for hearing on March 11.

During arguments against the application for injunction, Wray & Nephew, which is also being represented by attorneys-at-law Tavia Dunn and Stephanie Forte, Wray & Nephew disclosed that its net profit for the year ending December 31, 2014 was $1,563,951,000 and could pay damages were the lawsuit to be resolved in Algix Jamaica's favour. The spirits company also argued that Algix Jamaica had failed to demonstrate its ability to pay were the fish farmer to lose the case.

The distiller and blender said its factory at Appleton and cane farming related to it were the main source of economic activity in the region and that it employs more than 600 workers.

Algix Jamaica, which is being represented by attorneys-at-law Paul Beswick, Gillian Mullings and George Buckley, said it had assets of over $34 million and contracts with Caribbean Products and Rainforest Seafoods. It disclosed that it has a target to produce 25 million fingerlings valued at US$15 million in 2016.

Wray & Nephew plans to argue before the appeal court that Batts was wrong in his conclusions: of a strong probability that Algix's property would be adversely affected by the discharge of effluent; that it was a triable issue as to whether the dissolved oxygen level was the most important aspect as it relates to fish husbandry; and that Wray & Nephew was in breach of the wastewater regulations.