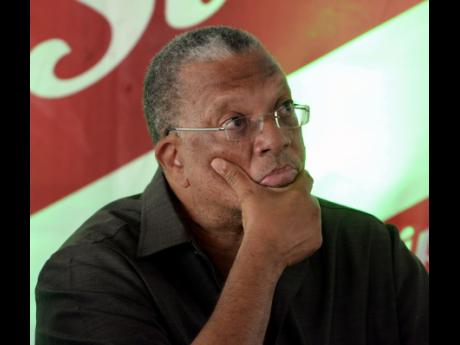 It is observably fair to say that Dr Peter Phillips has come to love the rich and the love appears to be reciprocated.

Over the past four years, many transactions have been concluded with rich bankers - especially of the foreign variety - and expensive fundraisers appeared to have been funded by the obliging wealthy.

For a finance minister who has presided over little or no growth during a time of the lowest oil price in three or four decades, and one who has raised a multiplicity of taxes on Jamaicans and Jamaican businesses every year of the four he has been in office, the shine that the wealthy and their publications have taken to Dr Phillips is in stark contrast to the financial pain he has caused and is causing the increasing number of poor people in Jamaica. Don't get me wrong. As a person who believes in capitalism and has practised it in many jurisdictions around the world, and as a supporter of the principle that hard-working people have a right to become wealthy, I like the fact that a once-almost-incurable socialist has changed so much that his comfort zone is now among the wealthy.

What I find disconcerting is the fact that Dr Phillips represents a constituency that has some of the poorest people in Jamaica and yet his tax on everyone and spending cuts on both recurring and capital expenditure budgets, over many years during the current PNP administration, are in a fashion that appears devoid of empathy for the most vulnerable in our society.

His tax-every-year and cut-expenditure policies have hurt mostly the poor and financially weak among us. No wonder Jamaica was recently listed as one of the countries in the world with the worst income inequality records. This degrading listing happened on the watch of comrade Dr Peter Phillips, minister of finance.

Minister Phillips is so used to raising taxes to repay foreign institutions that the concept of reducing income taxes on some of the most vulnerable persons in the workforce seems to be entirely foreign to him. He was so incensed by a proposal from the Jamaica Labour Party to exempt from the PAYE taxes that group of employees in the country who earn an annual salary of $1.5 million or less, that he took to the airwaves with a wholly erroneous $32-billion number as to what the proposed exemption would cost the government in revenues. He need not make that error since the numbers are readily available in his ministry. He railed against the proposal on various occasions to scare his hearers into believing that this simple proposal would bankrupt the country and destroy the agreement we have with the IMF.

The JLP disclosed firmly that the cost to the Treasury of the proposed exemption would be $12.5 billion - not the inflated and erroneous $32 billion he grabbed from some unreliable source. And then again, there is circulating television footage which shows how difficult the minister finds simple arithmetic calculations, recorded when he was launching the ill-fated tax on bank deposits.

The revenue loss will be covered largely from the proceeds of the new tax of $7 put on each litre of gas ($9.5 billion), but also from the additional GCT which would be earned ($1.2 billion) when individuals who receive the $12.5-billion exemption spend it in the local market.

They, for sure, will not be buying foreign currency and export it from Jamaica. Their needs are great and their income small, so they have a high propensity to spend pretty much all they earn. Removing the current tax-exemption threshold from those who earn $5 million or more would bring in another $1.5 billion in revenues to the Government.

In 2016-17, a three per cent salary increase plus a two per cent increment will raise salaries of employees across the board. We expect the private sector to offer even better raises in increments, and these higher salaries will bring in new PAYE revenue of about $2.5 billion. After four brutal years of austerity and low-to-no-growth economic activity in the country, Peter Phillips still could not bring himself to offer very-needed tax cuts to these poor Jamaicans.

Soon after Opposition Leader Andrew Holness announced his 10-point plan, including the raising of the tax-exemption threshold, Dr Phillips opposed, out of hand, the tax-reduction proposal. He then lapsed into a state of confusion.

Lo and behold, a week later he and Prime Minister Portia Simpson launched the PNP manifesto which included a policy proposal to initiate a tax cut - very much similar, but without nearly as much detail, as the one outlined by Andrew Holness. So now, we are not sure if he is for or against a needed a tax cut for the poor of the country.

There is a growing belief that Jamaicans are very much overtaxed. Apart from the rapid taxing juggernaut which Dr Phillips established on becoming finance minister, which is enough to convince anyone that the identifiable taxpayers are overtaxed, there is evidence from the IMF as well when it decided to reduce the primary surface targets from 7.5 per cent to 7.0 per cent last calendar year. The Jamaica Labour Party's 10-point plan, and especially the raising of the PAYE exemption to $1.5 million, is devised to stimulate economic growth by helping those at the lowest economic rung in our society.

The JLP has made it clear that it would not raise additional taxes to cover this higher exemption level, nor would it break any multilateral agreements or have Jamaica slip into fiscal indiscipline. The plan is to help the economically weak, not to punish them with more taxes.