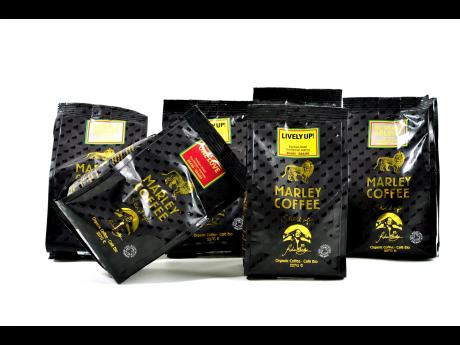 Jammin Java Corp, which trades as Marley Coffee, expects to post a net loss at US$1.6 million ($193 million) for its fourth quarter ending January 2016, but there are signs its losses are shrinking as revenue grows.

The year-end accounts are set for release shortly, but the United States-based company, led by chairman Rohan Marley, offered its investors an update. The company continues its path towards profitability, but its languishing stock price reflects its losses.

"Fiscally, we are now closer to turning a profit than we've ever been before, while continuing to invest significantly in the brand to push our core messaging out. Through our tenacity, I believe we've shown the world and our shareholders that great things lie ahead for Marley Coffee," said Marley.

"We have proven, time and time again, that we can compete against the balance sheets of the multibillion-dollar titans of the coffee world on a global scale."

Marley Coffee is now in "almost one-third" of US grocery stores, and is present on four different continents. Last year, the company also launched Eco-Cup, which Marley described as "a game-changing piece of technology".

Fourth-quarter gross revenues are expected to hit US$3.2 million or 25 per cent higher than the January 2015 quarter. The company also expects 12-month gross revenue of US$12.3 million, but did not offer guidance on the expected annual net loss.

The explanation for the quarterly losses related mainly to US$700,000 of non-cash expenses or derivative losses, which was based on the calculation of the value of its discounted share price versus the conversion price of its convertible note.

"If we eliminated the conversion feature by repaying the loan balances before the conversion date, those derivative liability/losses would be reversed out of expense and the current prepayment interest fees currently held as prepaid expenses on the notes would then hit our P & L as interest expense in the period the debt is relieved," the company said.

In its outlook for the period ahead, Marley Coffee forecasts that its 2017 financial year will result in similar increases in sales compared with its just-completed 2016 performance.

"We are excited as Marley Coffee moves into another year, focused on continued growth but with profitability as our main goal. As our final-quarter fiscal 2016 shows, we are well on our way. Our brand continues to resonate with consumers not only in North America, but in international markets, and we will continue to leverage on our success and grow Marley Coffee into a company our shareholders can be proud of. We have had some challenges, particularly over the last couple of quarters, but out of adversity we will continue to grow into a stronger, well-balanced company," said Brent Toevs, CEO of Marley Coffee.

Jammin Java provides premium, artisan-roasted coffee to US and other mainly developed world markets. Under its exclusive licensing agreement with Fifty-Six Hope Road Music Limited, the company continues to develop its coffee lines under the 'Marley Coffee' brand. The company is listed on the over-the-counter market under the symbol JAMN.