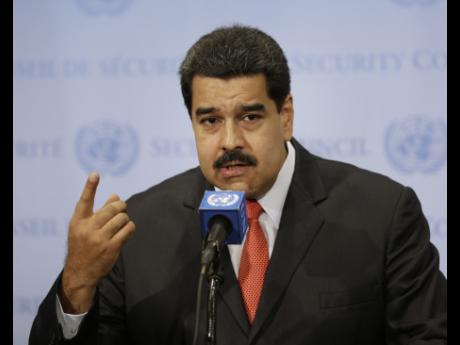 Venezuela's government will begin printing larger-denominated bank notes sometime this year, a top finance official said, as runaway inflation has eroded the value of the nation's biggest bill to less than a US dime on the black market.

Central Bank President Nelson Merentes' comments in an interview Monday with The Associated Press were the first confirmation that Venezuela is preparing to print larger bills, something that had been rumoured for months.

Market economists have said bigger bills will only accelerate inflation that last year hit 181 per cent - the highest in the world.

Merentes, who has helped steer the economy for more than a decade as finance minister and then as head of the central bank, disagreed. He said that far from generating panic among inflation-wary Venezuelans, the new bills will reduce price pressures "because you're going to have less bills circulating".

"This is a big project that will take us to a monetary system more in line with the Venezuelan situation," Merentes said.

He said no date has been set for the 500-bolivar and 1,000-bolivar notes to enter circulation nor had it been decided what image would be on the new bills.

The largest bill currently in circulation - 100 bolivars -- is worth 50 US cents at the weaker of two official rates and less than 10 US cents at the widely used black market rate. So worthless has the bolivar become that shoppers no longer count bills when given change and social media is full of Venezuelans using the bills tongue-in-cheek as substitutes for everything from wallpaper to napkins.

The misery is expected to continue this year as world prices for oil hover near a 13-year low, cutting into earnings from petroleum, which account for 95 per cent of Venezuela's export revenue. The International Monetary Fund has forecast Venezuela's inflation this year could surge to 720 per cent.

Foreign currency reserves plunged to their lowest level in 17 years after Venezuela made a US$1.5 billion bond payment last week. Despite the country's strong track record of repayment, investors have been betting that state-run oil company PDVSA will default on a US$2 billion payment towards the end of the year.

Merentes dismissed default talk, saying Venezuela will continue to pay its foreign debts and reach financial equilibrium by reducing non-oil imports by around 40 per cent this year, about the same rate it did last year.

Economists say the import restrictions, carried out through a system of tight foreign exchange and price controls, are likely to worsen shortages of basic goods and drive up demand for the US dollar on the black market.

Maduro's cash-strapped administration is counting on a cash influx from mining and oil investors.

Last week, the government settled a long dispute with Gold Reserve Inc of Canada over the 2009 termination of a mining concession. As part of the deal, the mining company agreed to use a US$750 million award from an international arbitration panel to jointly develop a gold mine in Venezuela, which it said would be the largest in South America.

Merentes said that also under the deal, Gold Reserve will help Venezuela try to obtain up to US$5 billion in new financing from banks, US$2 billion of which would go into the mine project.