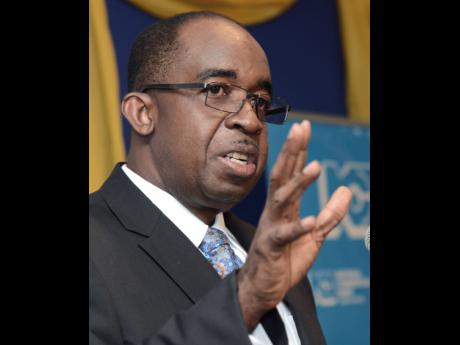 National Commercial Bank Jamaica (NCB) awaits a determination from the European Investment Bank (EIB) on whether it can secure a €46-million ($6-billion) loan on behalf of a hotel chain seeking to expand in Jamaica.

The hotel project is projected to cost €192 million overall, of which the EIB would finance €46 million. It spans three investments but the name of the hotel remains undisclosed, according to EIB documents.

NCB Managing Director Patrick Hylton is yet to respond to queries.

"All three investments considered under this project are expansions and modernisation of existing hotel operations," said the EIB, which operates as the bank of the 28-member European Union. It supports projects that make a contribution to growth, employment, economic and social cohesion and environmental sustainability, both in the EU and beyond.

The EIB said the loan would provide "long-term financing to NCB for the purposes of hotel expansion and renovation in the economically significant tourism sector". The EIB added that as a condition of the loan, the construction would have to conform to EU environmental standards.

NCB, Jamaica's largest bank with assets north of half-trillion dollars, also has the largest loan portfolio and is said to do significant structuring of financing for resort projects, including some that are foreign-owned.

Back in June 2015 the Government of Jamaica, in an update filed with the US Securities and Exchange Commission, indicated that there are several hotels in the process of planning expansions or constructing new properties, which would add 2,175 rooms to the stock. Major investors include both international and local parties, among them RIU Hotels and Resorts, Blue Diamond Hotels and Resorts, Melia Hotels International, Karisma Hotels and Sagicor Group Jamaica.