Walter Molano | If you like Russia, you should love Brazil 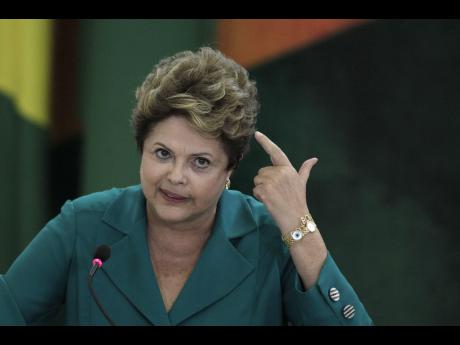 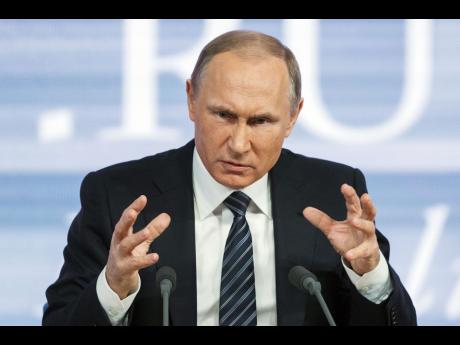 Most investors pointed to the country's strong leadership, and Putin's commitment to rein in the fiscal deficit. Last month's decision to cut government expenditures by 10 per cent was well received.

It is true that Russia should be given high marks for implementing an orthodox response to its terms of trade shock. Moscow has allowed the exchange rate to devalue more than 60 per cent. The monetary authorities hiked interest rates aggressively to stabilise the currency, without burning through its international reserves. In fact, the central

Russia was cut off from the international capital markets in 2014, following its invasion of Eastern Ukraine. But instead of forcing its corporates to default, the government provided them with the hard-currency resources to meet their external obligations. It's little wonder why investors reacted so favourably.

Brazil shares many similarities with the Russian economy. As a member of the BRIC community, it benefited from the rise in commodity prices and the renaissance of the emerging markets asset class.

Hundreds of billions of dollars arrived in the form of direct and portfolio investments. However, its overconcentration on natural resources became all too

Like Russia, the Brazilian economy contracted about four per cent y/y in 2015. The real devalued about 50 per cent, allowing international reserves to remain steady at about US$380 billion. The central bank increased interest rates sharply, albeit at a more gradual pace. Brazil's fiscal deficit also deteriorated and inflation spiked.

Russia's fiscal deficit widened out to about seven per cent of GDP, while Brazil's hit about nine per cent of GDP. Both shortfalls are significant, but from a credit standpoint, Russia's could be more worrisome. Oil represents more than half of the government's revenues, and the deficit has been driven by the decline in international prices, which is outside the government's control.

Brazil's problem is the large proportion of pension/social security benefits. They represent 55 per cent of the budget and are indexed to inflation, thus the fiscal shortfall is driven mainly by internal factors, which are within the country's control. Brasilia recently introduced a new range of taxes, and it will try to implement a cheque debit tax. More important, Russia's inflation crested over 15 per cent in 2015, while Brazil's consumer prices rose a little more than 10 per cent y/y.

Indeed, a close look at Brazil suggests that the situation may be better than Russia's. Brazil's debt-to-GDP ratio is 68 per cent, but the lion's share of the debt load is in local currency. External debt represents only 4.4 per cent of GDP. Even if you add Petrobras' US$55-billion external debt load to this number, the country's obligations would go up to eight per cent of GDP.

Last of all, Brazil's ability to substitute imports appears to be more significant than Russia's, particularly due to its world-class agro-industrial sector.

Therefore, why does Brazil continue to languish? The large spread between Russian and Brazilian sovereign bond yields is illogical. Russia is significantly tighter than Brazil, even though its credit rating is now the same.

Most investors point to the difference in leadership. They argue that Vladimir Putin is an authoritarian leader with the capacity to implement whatever measures are necessary to keep the economy afloat. However, is it fair to castigate Brazil for its democratic characteristics?

The fact that President Dilma Rousseff is constrained by the country's branches of government is a characteristic of a modern democratic system. Moreover, many investors argue that Brazil is suffering because of its high level of corruption. Does that mean that Russia is a moral paradise?

The ability of the Brazilian judiciary to root out instances of corruption should be construed as positive. These investigations would never happen in Russia. Last of all, most investors see value in Brazil, but they fail to see the catalyst that would spark a rally.

In the case of Russia, local investors led the charge in 2015. Restrained by what they could do abroad due to sanctions, many local investors piled into government debt. Several corporates also bought back their obligations on the cheap. This is what turned the tide and led to the rally in asset prices.

Why wait for the same thing to happen in Brazil? All of the fundamental conditions are in place. It may be time to jump the gun because if you liked Russia, you're gonna really love Brazil.