Puerto Rico enacts new law to protect itself from creditors 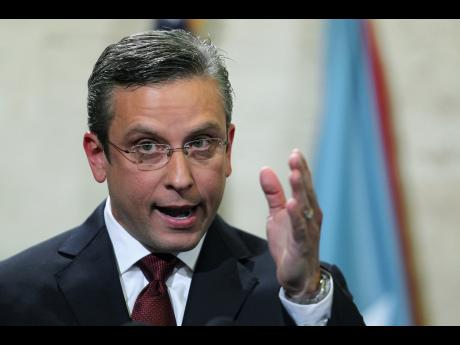 Puerto Rico's governor signed into law on Wednesday a bill that allows him to declare a fiscal emergency and implement a debt moratorium to prevent a shutdown of basic government services in the United States territory.

The law aims in part to help protect the island's Government Development Bank, which is running out of money and could face insolvency amid a decade-long economic crisis. The bank issues loans and oversees debt transactions.

A group of legislators dropped attempts to amend the bill to exclude some bonds from the moratorium, saying time was running out to address the bank's situation. They said they would file a separate bill later to deal with the exemption.

The bill would allow the bank to enter into receivership if needed.

"If we didn't approve the bill today, the bank would be in danger," Representative Charlie Hernandez told reporters following criticism that the measure was hastily approved at a moment when bondholders had come to the island in effort to negotiate a restructuring deal.

The bank has only US$562 million in liquidity and faces a US$400 million payment in May that the governor has warned will likely not be made. The bill would impose a moratorium until January 2017 and protects the government from being sued for defaulting on payments.

Investors that own a portion of the island's US$70 billion public debt load blasted the measure and warned of lawsuits challenging the constitutionality of the measure.

"Lawmakers have acted precipitously by allowing the governor to unilaterally impose debt payment moratoriums, a step that could have unintended consequences and could ultimately prove harmful to the Commonwealth's citizens as well as bondholders," said Stephen Spencer with the Los Angeles-based investment bank Houlihan Lokey, an adviser to bondholders.

The troubled bank already faces its first lawsuit, filed Monday by a group of hedge funds seeking in part to stop the bank from forgiving debt.

Economist Vicente Feliciano said in a phone interview that the measure is needed even if it risks a court ruling that finds it unconstitutional.

"The measure simply gives the government some breathing room to do what it eventually has to do, which is restructure the debt," he said.