Francis Wade | How to keep your productivity up amid change 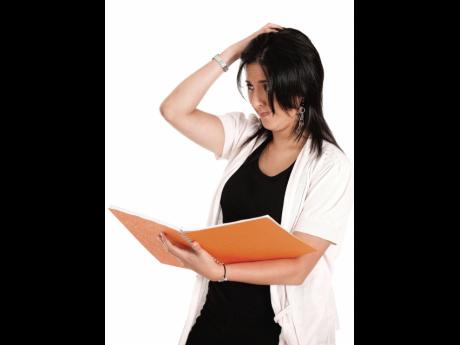 Are personal productivity skills learned once and then used forever? While this may have been true in the past, becoming one of the most effective professionals in today's world requires you to change your tools and techniques on an ongoing basis.

When I completed my book in late 2014 I thought it captured the state-of-the-art in using to-do lists and calendars. Based on the research I did, I thought I did a great job.

Then I discovered a programme called SkedPal, introduced to me by a colleague's post on her website. In the past year, it's forced me to declare two chapters of my book obsolete. They have to be rewritten to catch up with my new daily habit of using the application.

What makes it remarkable? As I have explained in prior columns, unless you are nearing retirement, it's important to keep expanding your capacity to manage more tasks. I have also argued that you must migrate from the use of memory, early in your career, to the use of digital to-do lists and calendars.

In fact, research shows that the most productive people put almost all their tasks in their calendars, even though adopting this technique requires an arduous journey. It means learning some intricate habits, practices, and rituals.

The curve is so steep, I planned to write an addendum to my book on "How to Schedule Every Task Effectively”. I was convinced it would be popular because most people who try to schedule everything usually fail. It's especially true in those manic moments when they must re-juggle their calendars multiple times.

SkedPal replaces this manual, tedious job that would take up hours of my time each week. Now, several times per day, I'm able to click a button and watch as the programme reaches into my Outlook or Google calendars to optimise the placement of tasks.

It's not as scary as it may sound. SkedPal is designed to leave the user's fixed appointments in place and only reorder the ones that are flexible.

While the details of its patented artificial intelligence are beyond me, it's easier to see how the programme operates as a super-secretary. Just like the best administrative assistants, it has the ability to interpret my needs and perfect my calendar in a matter of seconds.

To say I am a fan would be an understatement — in fact, after long interactions with the inventors, I joined the company's advisory board.

But the sad truth is that my enthusiasm didn't start out that way. While I was writing my book I dimly remember visiting the programme's website. Back then, I just didn't believe that the software could deliver what it promised and dismissed it.

Fortunately, my arrogance didn't get in the way several months later when my colleague's post caught my attention. But I came quite close to missing the boat, a mishap I'm not keen to repeat. If you're also interested in continuously expanding your productivity, here is some advice.

Understand the need to seek out regular upgrades. Your self-taught methods might already be better than most people around you, but that's no guarantee of future success. The only way to deal with an increasingly greater number of tasks is to proactively evolve your methods, picking up new practices and shedding old ones.

Your grandparents had the luxury of a world that changed slowly, but you don't. Now, you should assume that the tools and techniques you are currently using are already becoming obsolete. Keeping up means becoming a diligent student of your own productive limits.

Experiment. As I learned from experience, it's better to download and test a new app you don't understand than to dismiss it out of hand, the way I did.

Sometimes, the thing that might benefit you the most is one you simply don't understand well enough. It doesn't into your worldview. Constant experimentation and a willingness to try new stuff are now critical skills to have.

Look for best-in-class behaviours. To discover what these might be, you must tune into world-class practices. I use sites like lifehack.org, lifehacker.com, and quora.com to ferret out leading-edge tips. Also, I seek advice from high-performers to understand what they do and why. Sometimes, it can be translated into what I should be doing.

Arguably, as Jamaicans, the journey to our present-day success on the track started when athletes left our shores to train abroad. There, they learned the best techniques in the world, customised and imported them home.

There is no reason you cannot do the same — surpassing the popular excuses we tell each other about lateness, missed deadlines, and low productivity.

SkedPal is available as a free download in its current Beta phase at www.skedpal.net