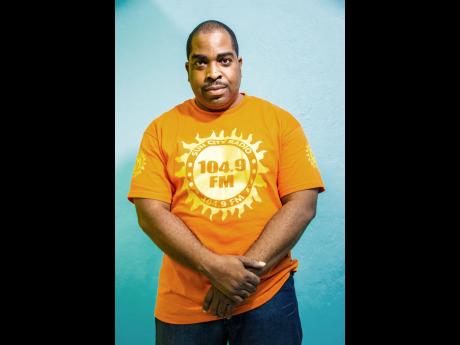 Regional broadcaster Sun City Radio is breaking out of its base in Portmore and spreading to western Jamaica in search of new listenership and advertising revenue.

The station is presently heard in Kingston, St Andrew, St Catherine, Clarendon and some parts of St Thomas. By the first week of May, it plans to spread to Westmoreland, St James, Hanover, Trelawny and St Elizabeth.

The bare-bones operation at Sun City sees the station beaming its signal in four directions from a CVM-owned transmission tower at Marlie Hill near Naggo Head, Portmore.

As one of around 30 radio stations operating in Jamaica - less than a handful of which are said to be making money - Sun City is hoping that the wider market will unlock more advertising business and put it on a path to generating returns.

CEO Steve Billings, 35, who leads a pack of 36 staff, believes in taking radio to the streets as they grapple for listenership.

"It's all about guerrilla marketing," said Billings. "One of the benefits of being with Sun City is that we are on the ground. We try to go into the communities as much as possible, and we use unconventional approaches because we don't have the kind of advertising budget that others have."

In its early phase, in 2011, the station was broadcasting from Billings' bedroom at Dolphin Way in Braeton - that is, up to the point when they ran afoul of the municipal authorities and had to relocate to another venue in 2012.

"We actually started broadcasting from the room where I used to sleep," said Billings.

Sun City is owned and operated by Mothers in Crisis, a non-governmental organisation founded in 2003.

The station broadcasts free to air on 104.9 FM. It was formed out of a desire by Steve's mother, Doreen Billings, to press her message of tough love for children, following her own experience with youngest son Patrick who was, at the time, headed down the wrong path while in high school.

Patrick, in addition to being a director of Sun City, is also a personality on the station, who goes by the name DJ Weed Seed.

Broadcasting Commission of Jamaica gave Sun City the green light to broadcast in July 2009 under a 'limited area licence'.

With that, Steve Billings quit his job as a mid-level bank worker, and pooled family resources, from relatives at home and overseas, to launch the station.

He said some of the original equipment that started Sun City Radio was really repurposed equipment from 'pirate stations' operating underground in the United Kingdom.

As the station's popularity grew, neighbours started to complain, prompting the Portmore Municipal Council to act

A 'cease and desist' order in 2011 was big motivation for the fledgling station to leave home. That led to their present location at Portmore Pines Plaza. And, once again, family proved important.

"When we made the move to Portmore Pines, we reached out to my older brother Lydon Billings and he really pitched in with usable broadcast equipment like transmitters, antennas - plus, on the home front, I sold my own car plus a taxi that I had on the road," said Billings.

Since its relocation in 2012, the station has had more luck with advertising revenue.

Sun City's licence initially covered St Catherine, Kingston and St Andrew. Late last year, it was expanded to include Trelawny and St James. Billings said their reach into other parishes beyond what its licence stipulates is due to a bleed-over of its signal.

In the past four years of the station's operations, he admits that Sun City has had to rely on goodwill and staff dedication on many paydays as the business remains a lossmaker.

The plan to expand westward, he adds, will cost around $4 million. It's a big bet that the added coverage area will position the company to go after additional advertising revenue.

"We are still operating at a loss, but we realise a lot of that has to do with getting our contracts through the advertising agencies. We are convinced that going to a wider Jamaica will give us the freedom to have a wider client base rather than just the Corporate Area and St Catherine," Billings reasoned.

The $4-million injection, to be spent on new equipment, is a loan from Scotiabank to Sun City Limited, a company registered in February 2015.

It took three years for Sun City to finally get a 'yes' from a lender.

The money is being used to set up transmission sites at Huntley in Manchester and at Flower Hill in St James.

"You have to believe in the dream, and once we do that it has to work - there is no if, but or maybe," he declared. "There is no room for failure."