Phoenix Fuels gets Petcom for less 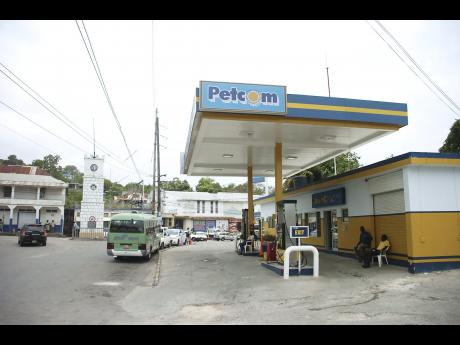 Last year, when Colin Karjohn went after the Petroleum Company of Jamaica (Petcom) through his petrol business, Phoenix Fuels & Accessories, he made the highest bid of US$22 million and got tapped as the preferred buyer.

But this month when the Development Bank of Jamaica (DBJ) announced that a deal had been reached with Phoenix, subject to closure at the end of July, the state agency said the sale had been finalised at US$19 million - or nearly 14 per cent less than the original offer price.

Karjohn's financial advisers, GK Capital Management, had negotiated the price down by US$3 million, but the boss of that outfit, Steven Whittingham, was evasive on how they had secured the sweeter deal, saying such outcomes were not atypical in dealmaking.

"Structured divestment processes such as this one typically allow for staged negotiations and the refinement of transaction terms. Confidentiality would prevent us from commenting on specific items, but we would like to commend the negotiating team led by Nerine Small and Milverton Reynolds for their diligence and professionalism," said Whittingham in response to Wednesday Business queries.

Whittingham said the assets acquired at the lower price - 24 service stations and 14 filling stations - were the same as covered in Phoenix Fuels' original bid price of US$22 million, but he qualified with the word "materially".

"The assets purchased in the transaction remain materially the same as was outlined in the information memorandum shared with potential bidders last year," he said.

However, the DBJ team said on Tuesday that some assets had been dropped from the transaction. The state agency did not say what those assets were.

"An adjustment in price between the initial offer and the revised offer of US$19m is an agreed position related to the removal of certain assets that were previously included in the divestment," it said.

Phoenix was one of four companies that tendered for Petcom last November, with bids ranging from US$14 million to US$22 million, according to well-placed sources. Rubis Caribbean Holdings and Sol Investments Limited were among the suitors, while EDC Acquisition, a consortium of petrol station owners, was disqualified for being late with its bid.

GK Capital's team, including Whittingham and investment manager Douglas Robinson, subsequently entered into negotiations with the Erwin Jones-led enterprise team to finalise the sale to Phoenix. Cabinet approved the terms for the privatisation in February, and the deal was struck on April 29.

Documents obtained by Wednesday Business indicate that the lowest bid of US$14 million was tendered by Sol, followed by Rubis at US$18 million.

Sol had made a previous unsolicited offer for the Petcom assets back in February 2013, at a higher price.

"Based on our knowledge of the assets and operations of Petcom, we have made a preliminary value assessment of the business. Our preliminary indicative valuation for Petcom's business is in the range of US$20 million," read correspondence written on Sol's letterhead to then energy minister Phillip Paulwell.

The Barbados-based company also offered a downpayment of US$5 million at the time to demonstrate the seriousness of its pitch to buy the petroleum marketing company.

However, Petcom Enterprise Team Chairman Erwin Jones wrote back in July 2013 saying they were in the preliminary stages of their work and would soon be making information on the divestment public. Sol's offer was made two months ahead of Cabinet's official sign-off on the Petcom sale.

The business was eventually tendered in 2015. It had two components - the sale of 100 per cent of the shares in Petcom, to include its LPG, lubricants and industrial fuels business lines, as well as Petcom-owned and dealer-owned operations of the petrol station network; and the sale of real estate assets owned by Petcom parent, the Petroleum Corporation of Jamaica, but used by Petcom in the operation of its business, and Petcom's head offices at Spanish Town Road in Kingston.

The PCJ-owned properties were located in Black River and Southfield in St Elizabeth; Lluidas Vale in St Catherine; Slipe Road, Kingston; and Osbourne Store in Clarendon. The underground storage tanks at the 16 dealer-owned service stations also belong to Petcom.

A copy of the Petcom information memorandum seen by Wednesday Business indicated that four of the 24 gas stations were closed, but ought to have reopened in 2015. Checks indicate that Osbourne Store and Lluidas Vale were recently reopened under new management. The status of the Christiana and Mile Gully stations in Manchester were not ascertained.

At the time that the company was put up for sale, its volume sales of gas topped 230,000 barrels, half of which was distributed through the five Petcom owned retail stations. Petcom's annual turnover amounted to just under $11 billion of which 59 per cent or $6.3 billion was generated from the gas station network.

The Petcom group was largely profitable, but incurred a loss of $38 million at year end March 2014. Its assets totalled $1.9 billion, less than a quarter or $552 million of which was in the form of fixed assets.