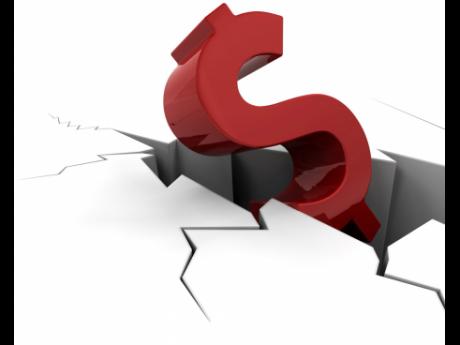 A study commissioned by MasterCard indicates that nine out of 10 transactions in Jamaica are done by cash or cheques, underscoring the problem of costly informality, according to the global card company.

Jamaica could grow by an additional 0.7 per cent annually the equivalent of around $11 billion more if it reduces cash transactions by 30 per cent over four years, according to the study entitled Evaluating the Social Cost of Cash.

The study conducted by Friedrich Schneider, professor of economics at the Johannes Kepler University of Linz in Austria, features Jamaica, Trinidad & Tobago and Dominica Republic.

It similarly concluded that Dom Rep would grow an extra 1.1 per cent and Trinidad 3.6 per cent under the same scenario.

Jamaicans use cash due to informality, but also for convenience, the avoidance of taxes and paper trails, or simply because it bears no fees to the consumer, said the report released last week.

"There is the perception that cash doesn't bear any cost. But there is a huge cost for the society," argued MasterCard senior vice-president and general manager for the Caribbean, Gabriel Zuliani, in a telephone interview.

"Often times, the consumer doesn't see that cost [of cash] and doesn't carry that cost, but the society feels it," he told Wednesday Business.

MasterCard wants to grow electronic transactions as it would eventually benefit as one of the largest global credit and debit card technology providers.

"You have to realise that 90 per cent [of Jamaican transactions] are through cheques and cash and only 10 per cent through electronic payments. This shows that there is an opportunity to grow," Zuliani said.

The Caribbean islands contain similar challenges of informality and relatively low levels of financial inclusion. On a wider level, Zuliani explained that 2.5 billion of the world's population are financially excluded, so do not have ability to secure money.

"We want to give people access because we believe that that is the key driver for growth of an economy," he said, adding that the study would form part of that process.

"We want to spark a dialogue in different countries with governmental and non-governmental institutions to talk about how we can drive electronic transactions to the benefit of the economies."

The cost of cash is an indicator of the size of a market's shadow economy.

In Jamaica, over 30 per cent of the economy is informal, according to the study.

MasterCard wants to "shift this" by promoting the integration of electronic payments, which can help achieve economic growth similarly to the success seen in other regions of the world, added Zuliani.

"The use of cash in Jamaica is super big. So opportunities include credit, debit, prepaid and remittances," he said.

All countries in the study would benefit from a change of consumer and small business cash usage to a higher usage of electronic payments, he added.

"A greater financial inclusion and greater use of storage of electronic values and electronic payments are key drivers of economic development and the reduction of indirect costs, such as the informal economy," said Zuliani in a release on the study.

"Contrary to what many people think, there are costs associated with cash. From direct costs, like production and transportation of bills and coins, to indirect costs such as corruption, social insecurity, financial exclusion, timely state aid payments and tax collection complications. These are all absorbed by the Jamaicans."

UPDATE: This story has been adjusted to clarify that MasterCard is a card technology provider and not a card provider.