Insurance Helpline | Knowing when to declare victory in claims fight 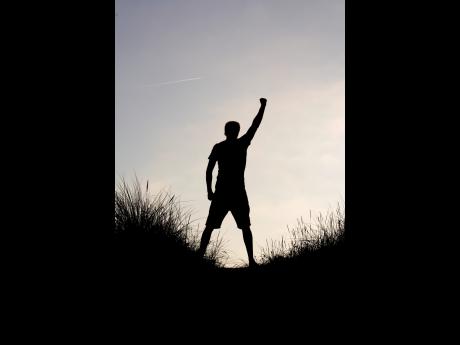 QUESTION: My car was hit in the back by another car owned by a former church member. The accident occurred on February 8, 2008 along Mountain View Avenue. The photos of the accident that I took prove that the accident occurred and that I was not at fault. My insurers tried unsuccessfully to get the other insurers to pay. I retained the services of a lawyer on the advice of my insurers. The third party insurers frustrated the attorney so much so that he gave up the case. My ex-attorney and I parted company in January of this year. When the third party insurers learnt this they contacted me. They said that the case could be closed within weeks for $550,000, subject to me signing a third party release. The catch was that the deceitful form said that my car was not hit and freed the third party from all future claims. I rejected the deal. The insurer has since refused to make payment or reply to my concerns. I don’t want to a get new legal team again. I just want to resolve this issue and move on with my life. Please advise me what to do.
evertonbless@hotmail.com

INSURANCE HELPLINE: I completely disagree with your decision to reject the offer and your refusal to sign the form. I would have signed the release in exchange for the $550,000 cheque in a heartbeat.
James Clear www.James Clear.com in an article ‘Failure in Life and Work (How to Fix Them)’ writes that “Telling someone to never give up is terrible advice. Successful people give up all the time. If something is not working, smart people don’t repeat it endlessly. They revise. They adjust. They pivot. They quit ... life is about knowing when to keep going and when to move on.”
Stop badmouthing your former church brother, the third party insurer and its in-house attorney. Sign the release, collect the cheque, lodge it to your account and move on! Psalm 90, verse 10 (King James Version) says: “The days of our years are threescore years and ten; and if by reason of strength, they be fourscore years, yet is their strength labour and sorrow; for it is soon cut off, and we fly away.”
Waiting eight years for the settlement of a simple claim is nearly 11.5 per cent of the standard threescore-and-ten-year lifespan.
SETTLEMENT OFFER
It is not true to say that the third party insurer has ignored your concerns. Their attorney wrote you on May 30 as follows: “... As indicated previously, it is best for you to obtain independent legal advice to assist you with the process, particularly in helping you with the concerns (about) our standard form of release ... (we) have not refused to settle your claim. We made you an offer of $550,000 which you accepted. We thereafter sent you our standard release, which now requires your signature. When you sign the release you essentially agree to accept the sum of $550,000 in full and final settlement of the claim. This means that you will no longer be able to make a subsequent claim against our insured, (the) driver and us in respect of the accident ... there is nothing incriminating in the document and if you continue to be of this opinion, then once again I implore you to obtain independent legal advice. We are a reputable organisation and have been in operation for over 50 years. We are not in the business of inviting individuals to sign away their legal rights ... our standard form of release is a perfectly legitimate document and does not expose you to any risk whatsoever.
“Please remember that you have the right to pursue your claim through the courts if you feel that we are treating your claim in an unjust or unfair manner. You also have the right to consult with your own attorney if you have any concerns.”
I could not have said it any better.
WHAT IS A RELEASE FORM?
Executing a form of release in exchange for a cheque is standard practice in the insurance industry. My Law Dictionary, Third Edition by Stephen H. Giffis, Associate Professor of Law, Rutgers, The State University of New Jersey, School of Law, Newark defines a release (on page 407) as “the act or writing by which, or a written document whereby, some claim, right or interest is given up to the person against whom the claim, right, or interest could have been enforced (in the courts). For example, a person may sign a ‘release’ that ends that person’s right to sue someone for an injury caused by that person.”
The third party insurers sent me a specimen copy of the release form that they ask third parties, like you, to sign in exchange for the settlement of their claims. There is nothing unusual about it.
In the event that you believe that I am secretly in the pocket of the third party insurers, please type ‘Market Conduct Guidelines Motor Claims Financial Services Commission’ in your browser. A nine-page PDF document, IR-GUID-09/08-0014 should be displayed on your computer. It was prepared by the local insurance regulator. Compare the wording of the release form recommended by the FSC with the one the third party insurers sent you.
Finally, money has a time value. “Money available at the present time,” according to Investopedia - www.Investo pedia.com/terms/t/timevalueof money/.asp. ­ “is worth more than the same amount in the future due to its potential earning capacity.”
Every day that the $550,000 offer remains on the table, the interest earnings will not be credited to your bank account.