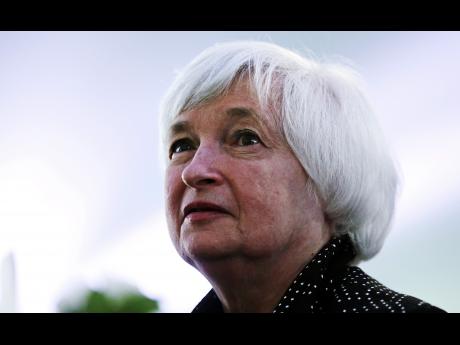 United States Federal Reserve Chair Janet Yellen indicated on Monday that the US economy is improving but remains defined by so many uncertainties that it's unclear when the Fed should resume raising interest rates.

Speaking in Philadelphia, Yellen struck a mainly positive and optimistic tone about the economy. She noted that the job market had strengthened significantly since the Great Recession and said that consumer spending and economic growth seem likely to accelerate after a tepid start to 2016.

But the Fed chair suggested that a dismal jobs report that the government issued last Friday had raised some doubts about the broader economy. She referred repeatedly to the uncertainties surrounding the Fed's outlook.

In doing so, Yellen dropped a reference she had made in a speech on May 27 that a Fed rate hike would likely be appropriate "in the coming months". In its place, she offered no specific timetable for the Fed to act.

Yellen's speech had been highly anticipated, given that it comes just a week before the central bank's next meeting. Until last week, many analysts had thought the Fed could raise rates on June 15 - or if not then, at its subsequent meeting in late July. The bleak jobs report for May and Yellen's speech on Monday seemed to increase doubts about a possible Fed rate hike this summer.

The Fed chair called last Friday's employment report "disappointing", but cautioned that it would be wrong to place too much emphasis on a single monthly report.

Without referring to any particular date, she said, "I continue to believe that it will be appropriate to gradually reduce the degree of monetary policy accommodation, provided that labour-market conditions strengthen further and inflation continues to make progress towards our two per cent objective."

Inflation, by the Fed's measure, has remained persistently below its two per cent target for inflation.

In light of the uncertainty facing the economy, Yellen stressed, the Fed cannot move on "a preset path".

"For a time in January and early February, financial markets here and broad became turbulent and financial conditions tightened, reflecting and reinforcing concerns about downside risks to the global economy," Yellen said.

She said because of those develop-ments, Fed officials felt "it would be prudent" to keep rates unchanged at meetings in January, March and April.

In recent months, she said, financial markets have recovered significantly, and many of the foreign risks have diminished, "although some risks remain". While consumer spending in the United States appears to have rebounded, Yellen said the Fed needs to weigh renewed concerns about the job market.

Balancing optimism with caution, Yellen said she expects the slowdown in job growth to be temporary, but said the Fed will need to see further data to confirm that view.

Part of the uncertainty, she said, reflects continued foreign threats, including economic challenges in China and an upcoming vote in Britain over whether to leave the European Union.

Yellen's remarks echoed themes raised in a speech Friday by Lael Brainard, a Fed board member and Yellen ally, who indicated after the jobs report was released that the Fed should be in no hurry to raise rates.

Employers added just 38,000 jobs in May, the weakest monthly gain in more than five years.